Did it strike anyone else as odd that the Vatican announced that women could have their feet washed on Holy Thursday the same week Mattel announced three new Barbie sizes (and a number of other variations) for its iconic doll? The convergence was nothing short of astonishing in a news cycle when competition for the surreal is keen.

Rome got out ahead with its news on January 21, 2016. Women are now eligible to have our feet washed in the Holy Thursday liturgy, a privilege heretofore reserved officially for men though anatomically it appears that women’s and men’s feet are remarkably similar. Even Pope Francis has been known to wash women’s feet in these ceremonies. Now it is company policy, proving there are some perks to being the pope.

In a clear case of teaching catching up with practice, the Congregation for Divine Worship and the Discipline of the Sacraments issued the news signed by its prefect, Cardinal Robert Sarah:

To manifest the full meaning of the rite to those who participate in it, the Holy Father Francis has seen fit to change the rule in the Roman Missal… according to which the chosen men are accompanied by the ministers, which must therefore be modified as follows: … pastors may choose a group of faithful representing the variety and unity of every part of the People of God. This group may consist of men and women, and ideally of the young and the old, healthy and sick, clerics, consecrated persons and lay people.

Note the ease with which a male-only gender rule was erased by the addition of the phrase “and women,” an act that has caused apoplexy among conservative Catholics. They fear that, because the ceremony is based on Jesus’ humble action with his disciples at the Last Supper allowing women to participate (albeit passively), this change will open the door to women’s ordination.

Fear not, fragile souls, probably not this month. Still, they make a strong point. You just never know what ideas people will get when such radical moves ensue. Why, they might even think that women could do the foot washing rather than being “done unto according to thy word” (Luke 1:38). Let’s not go there.

The perplexing part is why it took Cardinal Sarah so long to break the news. After all, Pope Francis apprised him of his decision in a letter dated December 2014. Roman wheels move slowly, but the Pope was quite clear in his missive that this was an easy change that could be accomplished with the mere substitution of “People of God” for “men.” Now there’s a concept. Unfortunately, Francis did not go on to suggest that women perform the washing—water and a towel are surely within our scope. Once again he looks good taking a baby step toward equality while successfully avoiding anything that smacks of substantive structural change.

My only explanation for the delay is Barbie. Perhaps the Vatican reasoned that just as the faithful have become accustomed to Barbie’s standard size, shape, and coloring, so, too, have we grown used to seeing only men’s feet being washed in public. Waiting for Mattel to release three new shapes of Barbies—“curvy, petite and tall versions of its iconic fashion doll whose unrealistically thin shape has attracted criticism for decades. The three new body types will be sold in an assortment of skin tones, eye colors and hairstyles.”—would help us to adjust to earthshaking news. That women’s feet are fit matter to wash will take some getting used to after all.

Mattel’s January 28, 2016 announcement was timed, I suggest, to help us cope. If Barbie can change, there is hope that Catholics can deal with female feet in the public arena without a complete loss of faith, or so we pray.

I can just imagine Vatican and Mattel discussions on the topic. I suspect they both focused on market share since Barbie sales, like mass attendance, “have been declining by double digits in recent years.” Rachel Abrams in the New York Times understated the dilemma: “Still, Mattel executives have struggled to rebrand Barbie as an aspirational figure, one not so closely identified with her unnatural body measurements.” Ditto for the Vatican trying to seduce women back to a celebration that dramatically depicts their exclusion from ordained ministry.

After all, the Holy Thursday liturgy commemorates the Last Supper. It is said to be the official beginning of what has become an all-male priesthood, though that remains in dispute theologically. Still, there is something borderline sinister, maybe a little ‘bait and switch’ about all of a sudden washing women’s feet when the larger narrative of the ceremony remains exclusively male. Is having your feet washed, or watching other women get theirs washed, really enough to persuade thinking Catholics to attend a liturgy that glorifies the exclusion of half of the church’s members? I doubt it.

We saw enough male-led masses during Pope Francis’ U.S. visit to last a lifetime. That is how long it will take for many people who are scandalized by sexism to return to regular mass going under current regulations.

If Barbie asked me whether she should have her feet washed I would probably say yes. But I would urge her to skip the ceremony, stay home, and take a nice hot bath on her own. Or, she might want to join some of her friends in a mutual foot washing if she wants to live out the true meaning of the symbolism. I would caution her, no matter her body type, to avoid places where her person is reduced to her anatomy and her spirituality is defined and circumscribed by someone else. Barbie deserves better and so do Catholics. 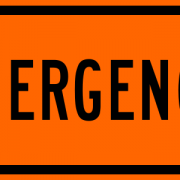 "Declaring a Theological State of Emergency: Trump's Ignorance Must Not Be Ours"