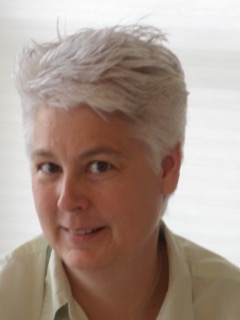 Honour Maddock was born and raised in Apalachin, New York and grew up in a large family. She got her BS degree at SUNY Geneseo, Masters at Adelphi University, and Juris Doctor at Touro Law School.

Honour became a teacher of the hearing impaired in 1979, and she got her first teaching job in Long Island’s Middle Country School District. While she was teaching on Long Island, she decided to join a racquetball league at a local gym. During a racquetball tournament, she met an interesting woman named Kathleen. On the court, the two were competitive opponents. Off the court, the two became inseparable.

Thirty-five years after that fateful day on the racquetball court, Honour is still enjoying life with Kathleen, on and off the racquetball court. Honour and Kathleen have been together for decades, and they enjoy getting married wherever possible to reinforce their bond and to support marriage equality. This summer the couple will celebrate their seventh wedding!

When she is not busy playing racquetball or wedding planning, Honour enjoys the newfound freedom of her recent retirement from teaching. She loves golfing, traveling, and spending time with grandchildren.

Kathleen and Honour found Dignity/Suffolk in 1988. Since then, Honour has served on the local chapter board and Dignity/USA board.

Email the words “Register Me – CLQW Discussion” to waterstaff@hers.com
to receive dial-in number and then a short piece by Honour before the event.