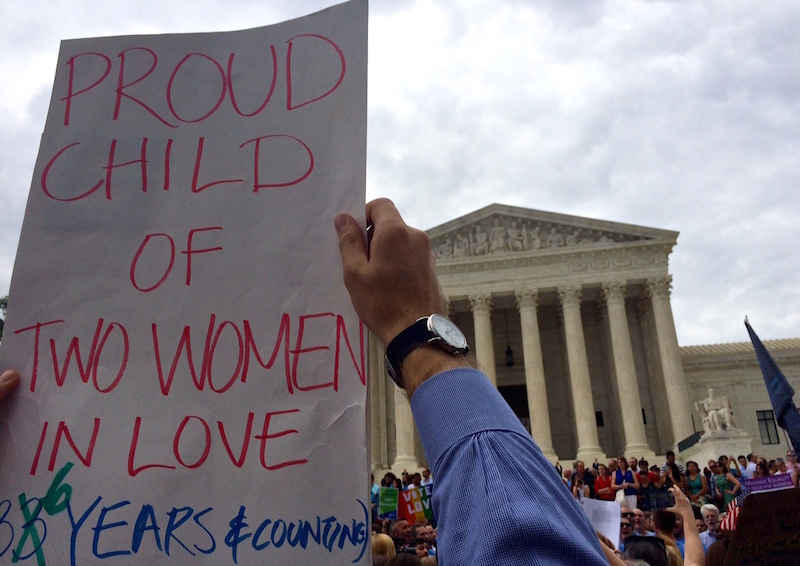 I do not recall a time in the United States when the moral compass spun so wildly and landed each time on true north as surely as in late June 2015. Such opportunities do not appear often; this is one to grab with gusto. The backlash started immediately. But in the brief interval between rejoicing and rolling up sleeves to get at the next items on the justice agenda, I offer five observations that reflect the religious dynamics.

A racist terrorist murdered nine African American Christians engaged in Bible study in Charleston, South Carolina and their families offered him their forgiveness. I trust even the most pious were taken aback by the strong show of faith by people who had every right to condemn. It was edifying to hear their clear articulation of beliefs, morally startling to realize the depth of their conviction such that it surfaced spontaneously in their hour of deepest despair.

Whether one agreed with their instinct to forgive or not, the people of Emanuel African Methodist Episcopal Church took the moral bar up a large notch. Love trumps hate; love triumphs over death. Really? Really, at least in Charleston this time for the entire world to see.

Then the Supreme Court opined on Fair Housing, a ruling that gets at tricky questions. Discrimination may be unintended, but it can still be illegal. If actions cause discrimination, intent is not the issue, they ruled. Injustice is injustice. Subtle though this was, and hardly as anticipated or glitzy as other decisions this season, the Court helped people see that what happens to others is consequential no matter how it happens. There is an ethics lesson here that transcends religious traditions.

Health Care was next up with a decisive call by the justices to provide federal support even in states that do not have exchanges. Their reading was generous, as is the law, toward those whose resources cannot stretch to pay for health insurance. But that was the whole point of the Affordable Care Act, to make health care a right not a privilege. Other developed democracies do that routinely and have done so for decades. But for U.S. citizens to begin to internalize this right, and what it means to love the neighbor enough to share in the cost of keeping her/him alive and well, shows moral growth. 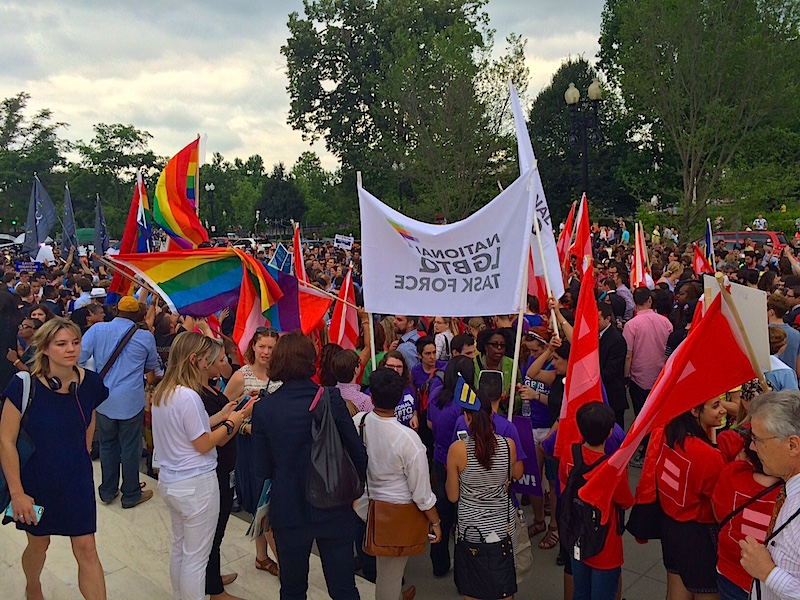 Then came the rainbow ruling, a hard fought but unmistakable acknowledgement that there is only one kind of marriage now.

People who love in same-sex couples are as entitled to marry as those whose love takes a heterosexual form. Suddenly, the White House was bathed in colors; major corporations heralded their support for “love means love,” and an infinite variety of people cheered the judicial confirmation of a long evolving social change. There was something breathtaking about it, especially given that certain religions, notoriously institutional Roman Catholicism, for example, have harmed so many people over love.

The ruling was a rebuke to that entire way of thinking even if it has no power to change religious practice. Discrimination in jobs, housing, and especially against trans people needs attention. But this decision confirmed a sea change that cannot be turned back. There is Justice.

And then, as if enough good things had not happened for those of us unaccustomed to seeing change we appreciate, President Barack Obama took to the pulpit to eulogize the Rev. Clementa Pinckney who was killed in the racist shooting at the Charleston church.

The President spoke words for the ages, a sermon that echoed around the world in its moral clarity, emotional quality, spiritual brilliance, and strategic importance. His resonant singing of “Amazing Grace” capped the address that sent civil justice work into high gear for the whole country, a common project too long postponed.

The events of this week did not admit of any single religious perspective. But one by one and in the aggregate they softened a coarse moral climate and soothed a divided country by lifting up our best instincts to the level of policy. Alleluia.

Mary E. Hunt is co-founder and co-director of WATER.

In Memory of Her – Eleonore Powell
Scroll to top