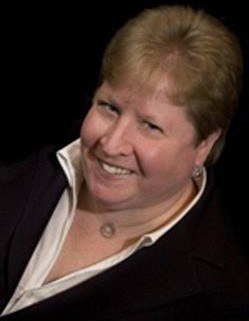 I wanted to share some very early reflections on what happened when I asked the DignityUSA network to mobilize around the “LGBT Black Bodies Matter” solidarity action brought to us by Yvette [Flunder] and Ann [Craig] (and thanks to Sharon [Groves] for ensuring we did not miss this!). I sent eblasts to all of our Chapter and Caucus leaders across the country, as well as to our 3,000+ folks who are on our activist network list.

One of our African American transgender members posted the message to her list serve, celebrating:

“I want to thank … DignityUSA for sending this email to the Dignity leadership structure. You see, Dignity is a mostly white gay male org and they may not get things like what happen to people at the intersection of race and gender or race and sexual orientation. (They are) asking this large org to be supportive of a black action that calls for the realization that black LGBT lives matter.”

Lots of positive comments from her network, including folks who said they were glad to see word of this spreading, so they were clearly hearing from multiple places.

On the other hand, I heard from a small number of people who questioned the action and our involvement. In the most difficult situation, one member said that “criminals should expect violent response, and that’s what they deserve.” After a couple of email exchanges, we spoke on the phone (one of those Brave Space conversations) and ultimately agreed that it is important to both ritualize and act upon the intersection of oppressions, and that even though our focus as an organization is LGBTQ justice, we need to be more broadly aware of and active on injustice. I have to say it was a very difficult conversation, and I drew upon many of the resources you all shared in bumbling my way through it! It also helped reinforce my own awareness of how deep resistance to this work is, and the need for ongoing hard reflection.

The most inspiring story I’ve heard so far from our NY Chapter, where the priest presider wore black vestments with an Advent pink stole, they wove appropriate prayer and song into their liturgy, and they had a dialogue homily where members reflected on their own experiences and how they felt the current elevation of racial injustice was relevant to their faith. Our NY group also wants to invite Rev. Tolton to come to address them after the New Year, and set up a group to figure out ways to continue to address the issues of racism and homo/transphobia in an ongoing way. They will be writing up this experience for our January national newsletter.

I am very much aware that I would not have had immediate access to this initiative had we not been together, and really appreciate the opportunity to join our efforts with those of others across the country. Would love to hear about other impacts resulting from this important solidarity call!