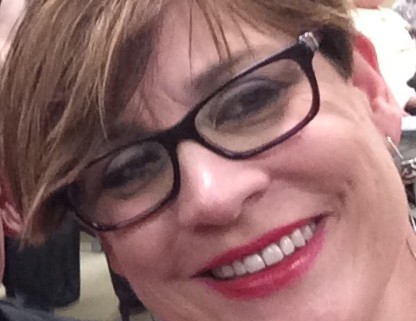 Some are arguing that the recent LDS news conference on religious freedom and nondiscrimination was a strategic ploy to give the church a platform to fight for broad religious exemptions in upcoming nondiscrimination bills. Others view the statements as an incremental step forward that will create a wedge between Mormons and conservative evangelicals and Catholics on religious liberty issues. This debate will go on for some time with many attempting to decipher the political tea leaves. Can’t we do better?

What I’m longing for is, as are so many other people of faith, a little more religion and a little less law. I don’t mean religion in the sense of demanding the right to discriminate against someone, but actually examining why as a Believer one would choose to discriminate in the first place.

While understanding the political implications of the Apostles’ statements is important, we need religious leaders to speak out more in the spirit of the Beatitudes and less like trained litigators. I’d love to hear more about Jesus’ blessing of those that hunger and thirst after righteousness than about our religious leaders taking up precious public space to argue how to uphold so-called rights that have been shown to cause deep harm to the LGBT community. As the theologian, David Gushee has written about other religious liberty battles, “Why does it always come down to the lawyers? Why does every conversation default to rights-talk? Why are Christians today joining the parade to the law offices?”

Elder Oaks focuses on the First Amendment right that tells us “all citizens may hold whatever religious views they want, and that they are free to express and act on those beliefs so long as such actions do not endanger public health or safety.” What if, instead of leaping to an entangled argument about rights, he, and the other Apostles, actually looked at the public health data showing the effects rejection is having on the health and wellbeing of LGBT people. Discrimination on religious grounds is a public health issue and one which religious leaders ought to be deeply concerned.

What a difference it could make if Elder Oaks visited a local homeless center and asked an LGBT young person there–it won’t be hard to find one as the numbers of LGBT homeless youth are near 40%–if religious messages made them feel unwanted at home, at church, in the larger culture. He could go to a suicide prevention clinic and talk to a counselor about how many LGBT people calling the hotline have been told they are going to hell or have committed an unpardonable sin for which there is no way out but death. He could go to an LGBT Mormon gathering and ask what effects rejection in their ward had on their physical and spiritual well being. Or he could call up the Department of Health and Human Services and ask about the growing data on health disparities affecting LGBT people.

Then perhaps rather than holding a press conference on the right for religious people to discriminate we might have one on a shared commitment to improve the health and wellbeing of all our people.

Now that would be a news conference I would want to attend.

This article originally appeared on the Huffington Post on January 30, 2015.

https://www.waterwomensalliance.org/wp-content/uploads/FullSizeRender.jpg 478 416 waterstaff http://www.waterwomensalliance.org/wp-content/uploads/water-logo-rgb-300dpi-1030x208.png waterstaff2015-02-04 12:16:242015-02-04 12:17:12When Will Religious Leaders Start to Act Like Religious Leaders: Reflections on the LDS Press Conference

A Poem from Annabeth Roeschley