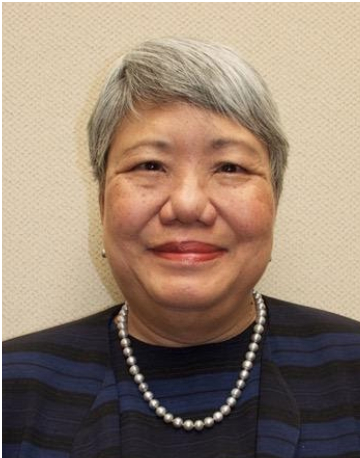 Mary E. Hunt: Like all of WATER’s efforts, our purpose is not simply theoretical. Rather, we are focused on changing the cultural and intellectual assumptions that ground discrimination, exclusion, and destruction. In these difficult times of war with Iran, impeachment, #MeToo, racism, anti-Semitism and discrimination against immigrants, it is crucial to know that women are contributing on many fronts. In light of the recent wave of anti-Semitic attacks, and in abundant hope that religions can be part of the care of earth, we offer this session as a contribution to social and religious change.

Gale A. Yee is Nancy W. King Professor of Biblical Studies emerita, Episcopal Divinity School. She taught for decades both there and in other institutions where she brought her insight in the Bible, feminism, and intersectional thinking to the classroom.

She is the author of Poor Banished Children of Eve: Woman as Evil in the Hebrew Bible; Jewish Feasts and the Gospel of John; Composition and Tradition in the Book of Hosea; “The Book of Hosea” commentary in The New Interpreters Bible. Vol. VII, as well as many articles and essays.  She is the editor of Judges and Method: New Approaches in Biblical Studies, which is now in its second edition (2007), a co-editor for the Texts@Context series, the Fortress Commentary on the Old Testament and Apocrypha (2014), and The Hebrew Bible: Feminist and Intersectional Perspectives (2018) for Fortress Press, and former General Editor of Semeia Studies.

In 2019, Gale held the prestigious post of president of the Society of Biblical Literature, the first Asian American woman so honored.  She lives at Pilgrim Place, a retirement community in Claremont, CA, known for its social activism and as the home of some of the movers and shakers of church and society.

Today she will discuss her edited volume THE HEBREW BIBLE: FEMINIST AND INTERSECTIONAL PERSPECTIVES (Fortress Press, 2018). It consists of a long and useful introduction to the field and then 4 segments on various aspects of the Hebrew Bible by feminist scholars.

Gale A. Yee: This book was commissioned by Education for Ministry (EFM), of the Episcopal Church, because Old Testament textbooks were missing feminist perspectives and the voices of people of colour. This book is intended for lay leaders, and for undergraduates, and seminary classes as a supplement to introductory textbooks.

Generally, feminism refers to political activism by women on behalf of women, but in biblical studies, feminism falls under the theories of exegesis called Ideological Criticisms. Ideological criticisms investigate power differentials and social relationships of those who produced the biblical texts, how those power relations are reproduced and found in the text, and how those ideologies are consumed by readers of the text. In biblical exegesis, we deal with the author, the text and the reader. Ideological criticisms include, material or socioeconomic criticism, post-colonial criticism, and cultural criticism. Feminist criticism studies the ideologies of gender that legitimize unequal relations between men and women – in the text, and in those who read the text.

There are many schools of thought within feminism – liberal feminism, radical feminism, Marxist-socialist feminism, postcolonial feminism, ecofeminism – that are reflected in the ways biblical scholars do their work.

The term intersectionality was coined in 1989 by Kimberly Crenshaw, who wanted to theorize the complex interconnections and interrelations between gender, race and class, that have marginalized black and non-white women. She conducted an analysis of a lawsuit brought by black women against General Motors which was turned down. GM hired black men and white women, but overlooked experiences of those who were not white, or not black men, particularly African-American women. From these observations, Crenshaw coined the term intersectionality which presumes that all identities are made of different aspects, such as gender, race, class, religion, political stance, ability/disability, that are all related with each other.

In the introduction of the book, I went through the different types of feminism.

Within Black feminism, Patricia Hill Collins developed the concept of the matrix of domination, which examines how intersecting oppressions are organized. Four domains of power – structural, disciplinary, hegemonic, interpersonal – each serve a unique purpose to create and maintain systems of oppression in the lives of the oppressor and the oppressed.

Post-Colonial Feminist Chandra Talpade Mohanty, in her essay “Under Western Eyes: Feminist Scholarship and Colonial Discourses,” aims to make visible and dismantle the privilege and ethnocentrism of white western feminists talking of women’s oppression in the Third-world. White western feminists have developed a singular, monolithic subject of the “Third-World Women” who lives an oppressed life as a result of her gender, and is characterized as uneducated, tradition-bound, victimized, and domesticated. This is contrasted with western feminists who are educated, with freedom to make decisions. Mohanty identified that white women, in writing about third-world women, were really writing about their own identity, which opened up an understanding of postcolonial feminism.

Dr. Phyllis Trible was one of the first biblical scholars to use literary criticism to unmask misogyny in biblical test, as exemplified in her article “Recognizing Patriarchy in the Hebrew Bible… ” She assumed the purpose of the biblical text was to save women, and placed the blame for sexism on the interpreter of the text. Two of her other key books are Texts of Terror and God and the Rhetoric of Sexuality. Alternatively, Phyllis Bird , used a historical-critical method. She analyzed the law in the Old Testament where women were depicted as dependent on or inferior to men, and studied the rituals of women in the home, which were pushed out of the temple.

In the 1980s, there was a proliferation of different studies of feminist biblical interpretations, culminating in the publication of the Women’s Bible Commentary in 1992, where professionally trained female scholars addressed biblical passages of particular importance to women. An updated 20th anniversary edition also included a history of interpretation.

Renita Weems, one of the first woman of colour scholars, was the first African-American woman to earn a PHD in the Hebrew Bible in 1989 at Princeton Theological Seminary. Just a Sister Away is considered the first Womanist biblical interpretation, where she analyzed biblical women through the lens of gender, race and class and connected their stories to the experiences of contemporary African American Women. The term “womanist,” which was coined by Alice Walker, is often used by African American Women as an alternative to identifying as feminist, while others identify as a Black Feminist or a Womanist Feminist.

Cheryl Anderson takes up the Matrix of Domination and sees the interconnections of the “isms.”

Excerpt from p. 31 Therefore, when we study the Bible, we need to study in light of the interconnections of racism, classism, and sexism.

Laura Donaldson, a Cherokee Scholar, provides a postcolonial interpretation of the Book of Ruth by examining the relationship between the colonizer and the colonized. Donaldson highlights analogs between Ruth and Rahab and the “Pocahontas Perplex.” The Pocahontas Perplex is where Native Women are constructed as the ones who aid or save white men in their colonization of the land, and eventually conquer her and her people. Donaldson sees this play out in Ruth’s marriage to Boaz, and Rahab’s helping the spies to conquer Canaan.

Biblical Scholarship rests on a strong foundation of feminist and intersectional scholarship, a scholarship that became conscious of its own racism, homophobia, colonialism, and classism. Feminist biblical scholarship became a part of the activism in the 60s and 70s and it is still going on.

Q: This is priceless information that is often missing in seminary education. Thank you for providing this information and giving voice and power to the African-American community.

A: The authors of each of the chapters are using this text in their own introduction classes because they noticed the absence of this analysis from their introductory texts. These authors are Carolyn J. Sharpe, Vanessa Lovelace, Corrine L. Carvalho, Judy Fentress-Williams and Melody D. Knowles.

Q: How do we reach out to people across religious differences? Have you had the chance to interact with Muslim feminist religious scholars?

A: One book that explores this is Hagar, Sarah and their Children: Jewish, Christian and Muslim Perspectives edited by Phyllis Trible and Letty M. Russell.

Mary Hunt: The Journal of Feminist Studies in Religion has facilitated round tables, and there are also Jewish and Muslim women who are studying the role of law.

Q: This made me think of Karen Armstrong’s new book The Lost Art Of Scripture; Rescuing Sacred Texts—may be that she writes for a popular audience but wonder what you think of her claims that texts were original sung, recited, used liturgically. These suggest more involvement of women than simply those ‘men’ who selected the texts because of their meaning. How does this fit into your analysis?

A: Not many people could read (at most 5% could read) so most of what was passed on was oral. The biblical texts were orally produced for an oral culture, which were shared by men in the temple. The rituals of women in the home were also oral rituals.

Q: What about the implicit anti-Semitism that was a part of early Christian Semitism work? How does that affect how the authors of this book engaged in this work?

A: Personally and professionally, I was more in tune with the Jewish interpretation and that perspective was very much a part of my work. Upon traveling to Palestine, I have become more conscious of what’s going on in Palestine, and am trying to wrestle with anti-Semitism and the Israeli oppression in Palestine, so am not in a place to comment.

WATER thanks Gale Yee for this impressive overview and looks forward to her future work.