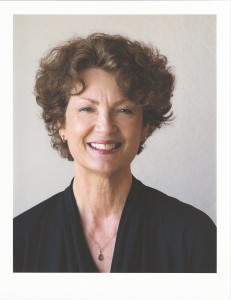 Join us for an exciting conversation with Margaret Miles about her forthcoming work on imagining the intelligent body. She takes off from her highly praised book Augustine and the Fundamentalist’s Daughter to explore how the intelligent body differs from the usual Western formulation of the rational mind. She will offer a feminist approach to moving beyond the body/soul dualism to a more wholistic way of living.

Margaret R. Miles, professor emerita at the Graduate Theological Union (GTU), served as Dean of the GTU from 1996 to 2001. She was the first woman tenured at Harvard Divinity School where she taught for eighteen years. Dr. Miles chaired the HDS Theology Department and the Committee on Religion, Gender, and Culture.

Margaret received her B.A. and M.A. from San Francisco State University, and her Ph.D. from the Graduate Theological Union (GTU). She has lectured widely in the United States and Europe on patristic theology, asceticism, religion and art, gender theory, as well as film and literary criticism. She served on the editorial boards of the Journal of the American Academy of Religion and the Journal of Feminist Studies in Religion.

Among her many publications are: Augustine and the Fundamentalist’s Daughter (Cascade Books, 2011); Augustine on the Body (Wipf & Stock Publishers, 2009); A Complex Delight: The Secularization of the Breast, 1350-1750 (University of California Press, 2008); Bodies in Society: Essays on Christianity in Contemporary Culture (Cascade Books, 2008); Carnal Knowing: Female Nakedness and Religious Meaning in the Christian West (Wipf & Stock Publishers, 2006); and The Word Made Flesh: A History of Christian Thought (Wiley-Blackwell, 2004).

Join us on Wednesday, November 14, 2012, at 1 PM (EST) to talk with Margaret about “Imagining the Intelligent Body.”

Email “Register Me Teleconference” to waterstaff@waterwomensalliance.org by Tuesday, November 13, 2012 in order to receive dial-in information.

November 8 A Ritual for LGBTQI Justice