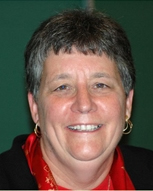 Click to read the article on Jann Aldredge-Claton’s blog.

More than two decades after women-church began, the movement is mature enough to let the needs of the world, not the failings of the institutional church, guide it. . . . It has always been a constructive feminist force that tries to embody what it envisions. Members keep the justice focus sharp by prodding one another to explore hard issues including racism, reproductive choice, homosexuality, and economic justice. . . . Leadership in house churches tends to rotate among participants. Empowering lots of people to be involved is a goal in women-church.

This is an excerpt from Dr. Mary E. Hunt’s chapter, “New Feminist Catholics: Community and Ministry,” in New Feminist Christianity: Many Voices, Many Views, which she co-edited with Dr. Diann Neu (Skylight Paths, 2010). Dr. Hunt is active in the egalitarian women-church movement, describing it as “an outgrowth of both the refusal by the Roman Catholic church to ordain women and the deeply felt need by Catholic women to act publicly as moral and religious agents despite exclusion from official church positions.” She further states that this very exclusion of women “has highlighted how inadequate church structures are for men as well as women, in that they are antithetical to gospel values of inclusivity and equality.”

Click here to read the rest of the article on Jann Aldredge-Claton’s blog.

July 3-4 A Spiritual Gathering For All Women: Claiming Our Roots, Nourishing...
Scroll to top