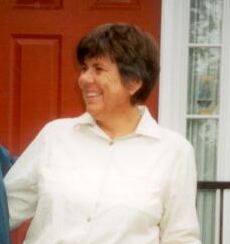 “Never a dull day at the WATER office!” The frequency of this comment’s appearance here at WATER has increased drastically in the last week or two, and it seems to be directly related to the appearance of Ann-Cathrin Jarl.

Hailing from Uppsala, Sweden, the Rev. Dr. Ann-Cathrin Jarl was the Director of the Diocese Conference Center in Stockholm for four years. She served most recently as Chaplain to the Archbishop of the Church of Sweden [Lutheran] before her retirement in 2011. She is an ordained Lutheran priest with a doctorate in theology with a focus on feminist economics. Her book, In Justice (Augsburg Fortress, 2003), looks at market economics, and the ethical issues that go along with it, through a feminist perspective in three parts: Feminist Economics, Feminist Ethics, and Economic Justice.

She is visiting WATER as the first Volunteer in Global Service assigned to a non-governmental organization. The newly founded Volunteers in Global Service, VGS, on whose founding board WATER’s Mary E. Hunt serves, pairs progressive religious retirees with organizations that can use their skills. Volunteers have had some previous international experience in the region in which they are assigned. They bring their wealth of career experience to service internships for 3-12 months in placements around the world.

Ann-Cathrin is no stranger to WATER; she met Mary E. Hunt in 1974 at the Graduate Theological Union in Berkeley, CA, and Diann Neu in 1980, also at Berkeley. She was around in the early days when WATER was still an idea in its infancy. She was and continues to be a big fan: “How they pulled it off is amazing…they put so much work and passion into this idea. It’s fantastic.” Ann-Cathrin has visited WATER on many previous occasions and will be volunteering with us for two more months—April and November—before the year is out.

One project on which she is currently working is a bilateral meeting between the heads of the Episcopal Church USA and the Swedish Lutheran Church on climate issues. She is also collaborating with WATER staff and interns and adding a certain Swedish flavor to WATER. We are delighted to have her spirited presence with us.