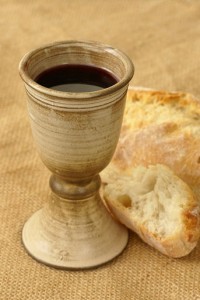 The egregious breach of decency that led a Catholic parish priest to deny Communion to a lesbian woman at her mother’s funeral has received widespread and well-deserved condemnation. Even the Archdiocese of Washington DC admitted that the priest had violated their policy. In a little note, a vicar promised Barbara Johnson and her family that he would celebrate a Mass in memory of her mother. They deserve sympathy for their loss, a full-blown apology from the institutional Church, and time to deal with their grief in peace.

Instead, Ms. Johnson has courageously endured media attention to bring to light some rapid change in Catholicism. The change is a shift in authority. It is evident in the struggle over President Obama’s health care plan, where it is clear that the U.S. Catholic Conference of Bishops is but one of many Catholic voices in the public arena. Closer to home/Rome, people no longer consider it the purview of the clergy to judge who is part of the Catholic community and thus eligible for Communion, and who is not.

I send my condolences and thanks to the Johnson family. I offer some insights into the issues at hand to the many people left wondering who would be so heartless at anyone’s mother’s funeral. I do so to hasten the day when such unspeakable actions happen no more.

Calling a Truce in the Wafer Wars

For Catholics, sacraments are powerful stuff, meant to lift to public expression aspects of everyday life of the community. The sacrament does not make something holy, but the sacrament is celebrated because something is holy. In this case, what is holy is the life of a good woman that the community gathers to give thanks for and celebrate. I suspect that the priest at fault would not see it that way, but increasing numbers of Catholics do.

What some have dubbed the “wafer wars” are not just differences in theology, but also differences of worldview. The days of hocus pocus dominocus are behind us, part of a biologistically construed perspective that simply does not hold up in a symbol-driven universe. With echoes of transubstantiation ringing in our ears, Catholics now know that what happens in the Eucharist is not some magical, unexplainable transformation of bread and wine into the literal body and blood of Jesus. Sacramental theology has developed beyond that to a richer, more symbolic understanding.

We now teach children, and want others to know, that we understand the Eucharist to be the coming together of diverse communities of people to give thanks and to remember the life, death, and resurrection of Jesus. In so doing, participants join in the grace, energy, and responsibility of the Jesus movement then and now. No one is excluded from the table. No priest is authorized to cover the ciborium when certain classes of people approach the altar. Rather, the heart of the Catholic tradition, sacrament and solidarity, is played out over and over in timeless worship with endless variations.

“Marge Would Want You To Do So”

The unseemly incident at the recent funeral made me think about the funeral of a popular, powerful Dominican nun, Sister Marjorie Tuite, that took place on July 3, 1986, at the Church of St. Vincent Ferrer in New York City. Marge Tuite was an Alinsky-trained organizer (or did she train Saul Alinsky?) before the term was attached to a certain U.S. president. She worked for the ecumenical group Church Women United, and offered a lot of solidarity in Nicaragua. She died suddenly after innings with the Vatican over signing an ad in the New York Times on abortion. Some said she died of a broken heart given how she was treated by Rome.

Marge’s funeral attracted family, friends, and social justice activists of many stripes. Catholic feminists actually presided, though a male priest friend of Marge’s was officially listed as the celebrant. When the Mass began, the Dominican pastor in full habit, including cowl, announced from the pulpit that “only Catholics,” and indeed “only Catholics who had prepared themselves,” were eligible to receive Communion. Presumably he meant Catholics who had been to confession recently and had fasted that day. He promptly exited the church, his duty done, lots of people insulted.

At the time of Communion, several Catholic feminists worked the center aisle to assure everyone that they were welcome to receive Communion: “Marge would want you to do so” was their message. Many did. William Sloan Coffin, a well-known Protestant pastor found his way to the Communion line. The Presbyterian clergy colleague on my left and the Catholic pro-choice leader on my right went up the center aisle for Communion. No bells sounded, no lights flickered, no one was struck off their horse, and everyone honored Marge Tuite in a way that she would have appreciated. It was a Catholic Eucharist with a lot of good will all around, as it should be especially at a funeral.

I realize that some Catholics look askance at such practices. Many non-Catholics are not sure of the interreligious etiquette in the situation. But what I find tragic is the testimony of Catholics like Phil Donahue. At a recent Dignity Convention, he spoke movingly of being that relative in the pew over whom family members climb to go to Communion. He has been taught by the institutional Church that his divorce, remarriage (of thirty years), and lack of an annulment render him ineligible to receive Communion. Says who?

The question is who would teach people to refrain from the very expression of faith that unites them with the rest of the community? I know, the same people who would prohibit contraception if given half a chance. But as Catholicism develops in post modernity, such teachings need to go the way of head covers for women in church. Here’s hoping that Phil Donahue gets the message.

The shift is in models of authority—from the top down, clergy-centered model to a more rounded, communal one. It is a new thing under the contemporary Catholic sun but it is real.

The dissing of Ms. Johnson also reminded me of a time when I gave a lecture on immortality, suggesting, like many feminist theologians, that when we die perhaps we become part of the compost of new life. My respondent was the highly respected theologian Jesuit John McNeill, expelled from the Society of Jesus for being openly gay. Not a young man at the time, John fairly sprinted to the podium to explain to the audience what he considered to be the error of my ways. He saw things quite differently in the immortality department. He assured the assembled that he expects to be welcomed into the arms of his loving father God who will call him “little Jackie McNeill” for all eternity. Whatever.

This is How We Do It

Happily, neither of us has yet discovered whether either of us was right. But shortly after the talks, my friend John and I gathered with a group to celebrate the Eucharist. Our theological differences were set aside for what was really important, namely, coming to the table to give thanks and receive spiritual sustenance together. This is how Catholics do it, theological differences notwithstanding.

One account of Ms. Johnson’s experience at her mother’s funeral included a detail I cannot verify but can well imagine. A blogger who spoke with her wrote that after being passed over by the priest for Communion, Barbara actually received a host from a layperson who was acting as a Eucharistic Minister at the mass. Lay ministers distribute Communion at many if not most Catholic churches at this time of increasingly fewer priests. It was the unordained person, not the priest, who did the right thing.

This act, based on pastoral common sense, is Catholic clerics’ worst nightmare, what I assume keeps Roman and diocesan officials awake at night. Lay people are taking on increased authority, begging no one’s permission or pardon. Clergy are coming to realize that the Eucharist does not belong to them any more than they own church buildings, theology, or ministry. They are not in charge of who receives Communion, whether politicians or waitresses, divorced, remarried, and/or queer. Whether in cathedrals or base communities, people decide for themselves about Communion, just as they decide about contraception, sexuality, and marriage. The Catholic community is changing indeed.

Pass the altar wine and toast a new moment in Catholic history, paid for most recently by Barbara Johnson.

Eucharist is not a Political Football