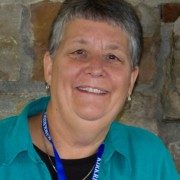 from Feminist Studies in Religion

Discussion of the diaconate for Catholic women is in vogue and in need of some new thinking. Whether it will be a permanent or transitional diaconate, whether there is historical precedent for it or not, what women deacons might actually do if given the opportunity, whether this is a power grabby would-be feminist clerics, etc. are all part of the conversation. I find it disappointingly reminiscent of the debates about women priests of the last century, but with even less at stake.

If deacons of whatever gender labor but do not decide, if they minster but do not lead, is this really a step forward? Is adding women deacons a stopgap measure to replace the steady loss of male priests with women willing to serve without the jurisdiction clerics enjoy? Who will mistake any of this for progress in the direction of an egalitarian church? Must we conclude that the Roman Catholic Church is moving backwards despite the hope many have placed in the papacy of Francis? I fear so and I am not going.

Respected colleagues including Phyllis Zagano, Jamie Manson, and others have laid out the arguments and concluded that the green light should shine for women deacons. I don’t disagree and I applaud their work. Tepid, timid support from the usual quarters (America’s editorial board piece—“Commending Phoebe,” August 17, 2016 is a case in point) is beginning to emerge. But in my view, the whole discussion distracts attention from larger structural issues.

In 2016, imagine how people (other than Catholic activists, pundits, and officials) think about whether Catholic women can be deacons. Given the problems of the world, they would wonder correctly what the issue is. Why would anyone be debating something so obvious? If there are to be deacons (or priests, or a pope for that matter) gender is irrelevant. Welcome to the 21st century. Why do some linger in the 18th?

They would note that rapidly developing understandings of sex and gender render debates about women/men in work roles essentialist squabbles over identities that simply do not exist as they once did. What of trans people? A male priest who becomes a woman, a nun who decides to become a man? Easy answers elude, but the reality is that gender categories are fluid and people live them whether it is convenient for the rest of us or not. The task of caring communities is to figure out how to act justly in the midst of change, an age-old challenge with some new content today. In this context, women deacons are a no-brainer.

Pope Francis has apparently missed this chapter in intellectual history. His July 2016 remark in Krakow was telling:

In Europe, America, Latin America, Africa, and in some countries of Asia, there are genuine forms of ideological colonization taking place. And one of these – I will call it clearly by its name – is [the ideology of] ‘gender.’ Today children – children! – are taught in school that everyone can choose his or her sex. Why are they teaching this? Because the books are provided by the persons and institutions that give you money. These forms of ideological colonization are also supported by influential countries. And this terrible!

Someone should hasten to his side and clue him into the enormous advances that have taken place worldwide since his grandmother ‘Nonna Rosa’ was a girl. Global consensus is growing. According to the United Nations,

Gender equality is not only a basic human right, but its achievement has enormous socio-economic ramifications. Empowering women fuels thriving economies, spurring productivity and growth. Yet gender inequalities remain deeply entrenched in every society.

The Roman Catholic Church remains one of those societies. However, scholars and activists need not reinscribe and reinforce outdated notions of gender by dignifying them with responses in the name of incremental change. If history is any guide, such changes are often more cosmetic than structural. During his U.S. visit Pope Francis made clear that bishops are to teach and preach. That leaves the rest of us to do the heavy lifting of feeding the hungry, burying the dead, visiting the imprisoned. Women are already ministering in large numbers, especially in parishes where male priests are scarce. Adding titles and ordination rites may bring about clerical gender equality, but I predict that the larger matter of building communities of active participants will go unchanged. I suggest that Catholics who want something different smile politely about women deacons, assume they exist, and get on with structural changes.

Every indication in the American Catholic community is that women who make up the overwhelming number of Lay Ecclesial Ministers will be blessed and perhaps even thanked for doing the everyday work of ministry. Meanwhile, the increasingly fewer male clerics will continue to make decisions about money, property, theology, and polity. This concentration of power in the hands of fewer, older, seminary-trained men is the recipe that has led to the clergy sexual abuse/episcopal cover-up. Let’s acknowledge that the model does not work. Just stop, take a collective deep breath, and think rationally about what would work better.

I feel a duty to warn as the diaconate conversation revs up. Pope Francis joked that if you want to slow down progress just name a committee. He has done just that. He has taken umbrage at the temerity of some in the press to suggest that the committee might find in favor of women deacons, just as the Pontifical Commission on Birth Control found for contraception, and had their finding rejected by Pope Paul VI in 1968. But as the birth control case illustrated, a pyramidal institution with one person who makes the final decision regardless of the best input by a handpicked committee can err again and again with impunity.  In the long run, it is rethinking that top down structure, for which a committee or lots of them around the world, would be better formed. Ample historical evidence and common sense exist to settle the women deacons question. But that is small potatoes compared to what really needs attention.