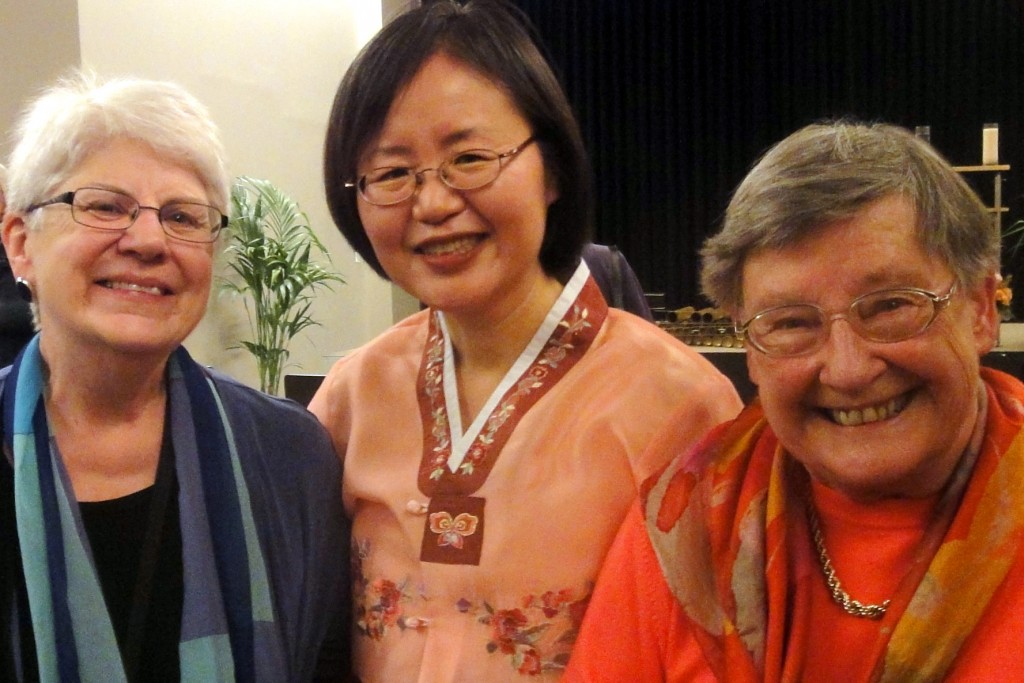 WATER congratulates feminist liberation theologian colleague Meehyun Chung for receiving the Marga Bührig Award October 2013 in Basel, Switzerland, for her book, Reis und Wasser: Eine feministische Theologie in Korea (Rice and Water: A Feminist Theology in Korea, Frank & Timme, 2012). The award from the Marga Bührig Foundation is given to researchers and authors whose works represent an original contribution to the field of feminist liberation theology and have socio-political relevance.

Meehyun Chung, a pastor in the Presbyterian Church of Korea, studied German literature and Protestant Theology in Seoul and received her doctorate in 1993 in Basel. In 2006, she became the first woman to receive the Karl Barth Prize of the Union of Evangelical Churches in the EKD. She directed the Office of Women and Gender in Mission 21 of the Basel Evangelical Mission from 2005-2012. In April 2013, she was appointed as University Chaplain / Associate Professor of Systematic Theology at Yonsei University in Seoul, Korea.

Marga Bührig (1915-2002) held a doctorate in philosophy and was a pioneer in feminist theology in Switzerland. She died on 12 February 2002 at the age of 86 in Binningen, Switzerland. A teacher and eventually director of the Boldern Protestant Academy near Zürich, she also served for a time as European secretary for women’s work in the World Alliance of Reformed Churches. Throughout her life, Marga worked to advance equal opportunities, and especially to increase the participation of marginalized people. She was one of group of three women elected to the eight-member presidium of the World Council of Churches between 1983 and 1991 that had previously only had male members. She was co-moderator of the world convocation on “Justice, Peace and the Integrity of Creation” at Seoul, Korea, in 1990.

Meehyun Chung, Marga Bührig, and Elsi Arnold are longtime friends and supporters of WATER’s work. The Marga Bührig Foundation Prize is a wonderful way to promote feminist work in religion.