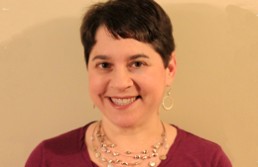 If the papal transition is of intense interest to you, I’d strongly suggest watching my entire bloggingheads interview with RD contributor Mary Hunt, a Catholic theologian who lived in Argentina during the country’s notorious Dirty War. Hunt’s unique insights into Argentinian Catholicism, as well as her knowledge of feminist theology, liberation theology, and efforts to reform to Catholic Church, are challenging to the emerging conventional narrative about the values and history of Pope Francis, and the prospects for reform of the Church under his papacy. Watch this clip for a dissection of his compassion for the poor, and this one for a discussion of his vociferous opposition to the current Argentinian government’s liberal policies on issues like same-sex marriage.

On the question of then-Archbishop Bergoglio’s complicity in the brutal military dictatorship’s kidnapping of two dissenting Jesuit priests, which Nicole Greenfield discussed here, Hunt questions the evidence, suggesting that Bergoglio’s sins were more of omission, and that his approach was quintessentially “jesuitical.” Watch:

March 12 Women-Church Convergence Press Release: Where are the Women?

Theology Has Consequences: What Policies Will Pope Francis Champion?
Scroll to top