“The Things That Shaped Me:
A Queer, Christian
Feminist Faith Activist!” 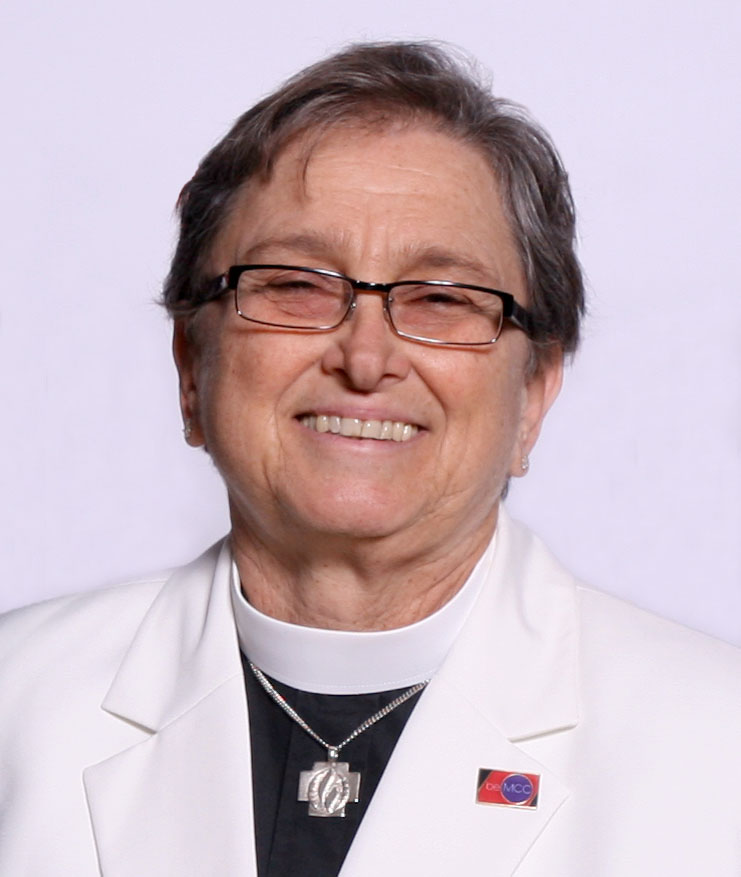 Join Rev. Elder Dr. Nancy Wilson for a time of reflection on 43 years of faith and queer activism – “disrupting the Grand Narrative” of Christianity! Rev. Wilson will recall the people, themes, and events that shaped her, such as the Vietnam-era anti-war movement, civil rights, early feminist theologians, health issues and HIV/AIDS as well as how she understands their continuing impact on current global movements as we grapple with faith in an intersectional, post-colonial context.

Rev. Elder Dr. Nancy Wilson was elected to the position of Moderator of Metropolitan Community Churches (MCC) in 2005, following the retirement of the Founder of MCC, Rev. Elder Troy Perry. In July 2010, she was re-elected for a term of six years.  She is only the second person, and the first woman, to serve in that role since the founding of Metropolitan Community Churches in 1968.

Rev. Wilson obtained her B.A. from Allegheny College, her M.Div. from St. Cyril and Methodius Seminary, and her D.Min. from Episcopal Divinity School.

She served as pastor of Church of the Trinity MCC in Sarasota, Florida and pastor of MCC Los Angeles, the church founded by Rev. Troy Perry in 1968. She also served as Pastor of MCC Detroit. She was elected Elder of MCC in 1976 and served as the denomination’s Vice-Moderator from 1993 to 2001.

Rev. Wilson served as Clerk of the Board of Elders for ten years; and became MCC’s first Chief Ecumenical Officer, a post she held for 23 years.  She has been the official delegate of MCC to several World Council of Churches General Assemblies.

Rev. Wilson is also an Associate Minister with The Fellowship of Affirming Ministries in which Dr. Yvette Flunder serves as the Presiding Bishop.

In 2014, Rev. Wilson was named as one of the spokespeople for Blessed Tomorrow, a team of twenty-one top ecumenical and interfaith leaders to spearhead an effort to mobilize religious communities to address environmental concerns.

Recommended Resources by Rev. Wilson:
• Outing the Church: 40 Years in the Queer Christian Movement
• Outing the Bible: Queer Folks, God, Jesus, and the Christian Scriptures
• “If a Tree Falls in the Forest… Remembering Rev. Malcolm Boyd”
• “Prisons in Sunny Florida”
• “Ferguson and Racism: An Epistle to America”
• “A Tale of Three Bishops”
• “Pope Francis, the Genius of Women and Vatican III”

Email Cathy Jaskey at waterstaff@hers.com if you have any trouble registering or need more information. Thank you!