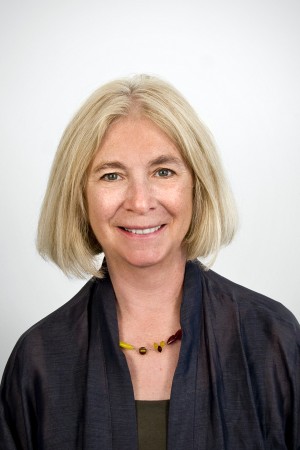 An ordained minister of the United Church of Christ since 1974, she is the author or editor of thirteen books, including two different translations of the Bible.

Dr. Thistlethwaite’s new book (Palgrave-Macmillan, 2015) is called Women’s Bodies as Battlefield: Christian Theologies and the Global War on Women. The book has been #1 on Amazon’s “Hot New Bestsellers” in the Human Rights category.

Thistlethwaite is the editor and a contributing author of the popular resource Interfaith JustPeacemaking: Jewish, Christian, and Muslim Perspectives on the New Paradigm of Peace and War (Palgrave Macmillan, 2012), a multi-author volume with thirty contributors and advisors, ten from each of the Abrahamic faiths. This book has gained a wide audience through adoption as a classroom text in the teaching not only of interfaith studies, but also peace studies. In 2010 she also published Dreaming of Eden: American Religion and Politics in a Wired World with Palgrave Macmillan. She has also recently published #OccupytheBible: What Jesus Really Said (and Did) About Money and Power with Wipf and Stock Publishers.

Thistlethwaite has become widely known as a blogger on religion in the public square. She writes for several online news outlets. Some of her columns can be found on her Huffington Post author page.

Some of her twelve previously published works are: A Just Peace Church (1986), Lift Every Voice: Constructing Christian Theology from the Underside, with Mary Potter Engel (1998, first edition, 1990), and Casting Stones: Prostitution and Liberation in Asia and the United States (1996) with Dr. Rita Nakashima Brock.

Thistlethwaite is also a frequent media commentator on religion and public events. She is a regular guest on John Fugelsang’s “Tell Me Everything” program on Sirius XM radio. She has had two appearances on ABC News NIGHTLINE, February 28, 2003 and March 4, 2003, opposing the Iraq War, and has written more than a dozen newspaper editorials that have appeared in The Chicago Tribune, the Chicago Sun-Times, and Dallas Morning News. She is also interviewed and quoted on various radio and television shows in the United States and in the Middle East. For example, she appeared on ABC Nightly News in March 2012, on the “War on Women.”

In 1999, Orbis Press published the tenth anniversary edition of Lift Every Voice: Constructing Christian Theologies from the Underside, a work Thistlethwaite edited with Mary Potter Engel. This is one of the most widely used textbooks in the U.S. to teach theology.

Among her many articles and book chapters, one example is the influential chapter on “Non-violent Direct Action” in Just Peacemaking: Ten Practices for Abolishing War, edited by Glen Harold Stassen. After the events of 2001, the book was rewritten, and a revised edition was released by Westminster John Knox Press. This was republished as Just Peacemaking: A New Paradigm for the Ethics of Peace and War in 2008.

Thistlethwaite is a trustee of Renewal in the Wilderness since 2016 and of the Interfaith Youth Core, founded by Eboo Patel, since 2007. She is one of the founders and a former trustee of Faith in Public Life. She is on the Advisory Committee of the American Academy of Religion Section on Religion and Politics, a section she helped found. She is also currently a consultant to the Carter Center “Scholars in Action” and the Women, Religion, Violence, and Power program.