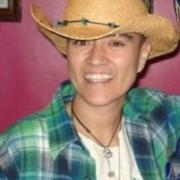 Posted originally on the Feminism in Religion Forum.

Really, how do we do it? How do feminist activists and scholars with our varying definitions of ‘feminism’ stay in dialogue and partnership with one another? On Feminist and Religion, participants come from many different backgrounds, both religious and non-religious, and have diverse and often conflicting definitions of feminism. There are feminists who practice Goddess spirituality and have long ago left, if they were ever a part of, patriarchal religions. And there are also some very committed Catholic, Protestant, Mormon, and Jewish feminists who work to reform and bring about liberating change within their respective traditions. There are also commentators on the blog who persevere with their incessant call that women walk out of all religions, especially patriarchal ones, and also those who are comforted by feminist who stay and are in turn empowered to help create change themselves.

Is it possible for us to support and work to strengthen one another’s feminist enactments even when they look very different from our own –even when we do not recognize ourselves or our feminism in the feminism of another? I propose that it is, and further, I propose that it is within the nature of feminism itself that we do so.

The context for my exploration is the blog space, and more specifically, feminist blog spaces that also engage religion. Already, to bring religion into a feminist conversation can be a huge red flag for some. When ‘feminism’ and ‘religion’ are brought together the pairing is experience as a “dangerous affront” threatening to impose a normative morality on others dictated by religious patriarchs (see Saba Mahmood, 2005, xi).  At the same time, there are committed feminists who continue to actively engage in their religious tradition and seek its reform from within. On feminist blog spaces, women and men engage in writing, reading, and commenting on content from their various feminist perspectives and with a diversity of feminist commitments. Their ways of participating on the blog contain within it the feminisms they ascribe to. Participants are not discussing a concept or topic that is fragmented from who they are. Their presence in that space is part of their practice of the very thing they are there discussing – and so the how of that engagement, the how of people’s participation, is critical.

My exploration of this topic is really a much larger work; nonetheless, there are at least two points I want to offer, drawn from Saba Mahmood’s work in her book Politics of Piety: The Islamic Revival and the Feminist Subject, that I see as helpful in facilitating dialogue and partnership across our feminist differences and constructive for the how of our engagement with one another.

First, Mahmood reminds us that the feminist project must be left “productively open” (Mahmood, 39). One cannot know the forms that agency, power, and resistance will take for a particular time and place. Mahmood states that “the ability to effect change in the world and in oneself is historically and culturally specific,” and therefore feminist enactments cannot be fixed in advance but must emerge from within their various contexts (Mahmood, 15).  There is no “singularity of vision that unites us” all or that captures the various forms of agency and feminist action that are possible. To insist upon or impose only one version of feminism or one interpretation of feminist agency and empowerment may be to disregard and invalidate the feminist enactments of another.

The second helpful point I draw from Mahmood is in regard to how we understand and engage in criticism.  Mahmood explains that criticism, in its most prevalent form is about “demolishing the opponent’s position and exposing the implausibility of their argument” (5-6).  So for example, when Mahmood began her research with women in the Islamic revival movement in Egypt, she did not imagine that their acceding to ‘feminine’ virtues such as shyness, modesty, and humility could serve as a form of agency that empowered them to take on a more public role in the religious and political life of Egypt– that would have been a position she thought implausible and would have been inclined to demolish its credibility. However, what she discovered was that the women indeed used these virtues of piety, usually thought of as means of submission, to facilitate their increased public role and participation in civic life.

Thus, to define criticism only as being about “demolishing the opponent’s position and exposing the implausibility of their argument” is a limited and weak form of critique. Mahmood poses that what is most powerful is when criticism “leaves open the possibility that we might also be remade in the process of engaging another’s world view – when we leave open the possibility that we might come to learn things that we did not already know before we undertook the engagement with another.” What is required in order to do this is that we “turn the critical gaze upon ourselves.” And so, in the example above, Mahmood was able to see that for the women in that particular religious context it did not make sense that she impose her own understanding of agency with its secular-left political bias. She was able to see this because she was willing to turn her critical gaze back onto herself and in that way have her feminist understandings be undone by the other.

Part of being undone by our encounter with the other is that we recognize our own limits in knowing and seeing, and have our feminist borders break open toward new – more expansive – horizons. Being open to having ourselves and/or our feminism be undone by another is not a passive mode of being. It is a practice of attentiveness to what is going on in the experience of another and the limits of our won. It is a breaking open for the sake of weaving and strengthening one another’s feminist enactments, each of which seek to contribute to a more just and sustaining world even if in diverse and unexpected ways.

Regarding blogs then, when we participate and engage with one another in blog spaces in ways that leave open the possibility of our own transformation, we set the stage, the online environment for facilitating connections that may have previously been left untapped. When we engage in the form of criticism that leaves open the possibility of being undone by the encounter we actively expand our imagination to make room for new interrelated visions that lead us to new radical possibilities for bringing about a new reality. For the truth is that there are possibilities, untold narratives for a renewed world that do not yet exist in our imagination because we do not have, or have not allowed for, the space to call them forth.

Thus, this kind of criticism is not a tearing down, but is an act of building. It is done only if we are willing to put the work into it. It is done by a process that requires preparation, time, and thoughtful engagement instead of quick reaction. It is done when we are willing to pull in resources, raise questions, and express curiosity even while also raising concerns; when we name our own feelings and reactions without closing off to one another.  This kind of criticism makes room for the diversity of women’s lived realities and regards different women’s experiences with dignity and respect.

Blogs can be a platform where we can be undone across definitions, generations, and experiences and where we can expand the borders of feminism and religion so that we may come to be called sisters by one another. What is at stake is of the very essence of feminisms – to not regard each other as objects for critique but subjects with whom we collaborate in the messiness of life. It is not easy work, but it is worthwhile work that gives embodied witness to the ethics of and vision for a world in which none are discounted, silenced, or subsumed – not even in blog spaces.

This post is a condensed and revised version of a paper presented at theAmerican Academy of Religion  2012 annual meeting in the Women and Religion Panel: Feminism, Religion, and Social Media: Expanding Borders in the Twenty-first Century.

Xochitl Alvizo’s important paper on the potential of blogs to foster feminisms and to be a space for useful criticism raises lots of issues. Both FSR and FIR audiences would do well to consider this analysis. For the most part, at least in these early years of these blogs, both sites have operated very much along the lines that Xochitl outlines. Respectful discourse and reasonable arguments abound. But as more people join the conversation—that is the point after all—and more topics emerge as relevant for discussion, we can anticipate many of the problems to which she points.

Anyone who has posted to a blog does so with the trepidation that Xochitl’s analysis suggests. Just putting up something means that one’s starting point will probably be different from, indeed often at odds with those of readers. It is hard to imagine where the points of intersection will be for conversation, much less for constructive work. This leads to the common situation of posting a blog to which no one reacts. So consideration of Xochitl’s central concern may simultaneously spur more responses and upgrade the quality of them if writers/readers make an effort to see beyond their own parameters. Meanwhile, one reflexive response is simply to write off as irrelevant or meaningless what appears, thus defeating the whole purpose of blogging. We can do better.

But who sets the standards and parameters for a blog? What is beyond the scope of feminism and religion? What is offensive or demeaning? Who decides? How do we think about ownership of a blog especially if we bring Kate Ott’s value-driven analysis into the equation? How do feminist liberation religious blogs differ from other blogs without becoming so narrow as to be uninteresting? These concerns help to shape guidelines for how we referee blogs, especially as we decide what gets put up or taken down. I appreciate Xochitl’s launching an important conversation.

AAR Series: Gamer-Player/ Gamer-Avatar: The Potential of a Video-Gaming Bod...

In Memory of Her: Beverly Wildung Harrison
Scroll to top