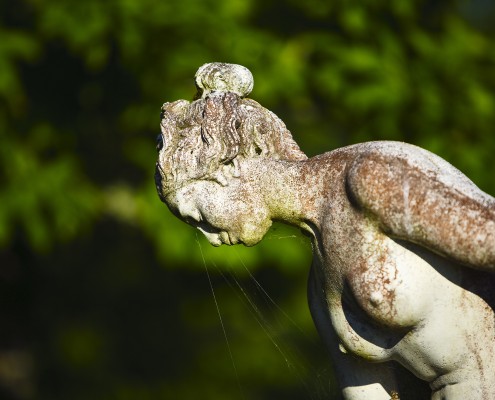 Originally posted on Feminism and Religion. Recently I had the great pleasure of presenting on the WATER Teleconference Series and dialoguing with women from around the world about how to promote healing in a rape culture. Likewise, in a previous post I discussed rape culture in the Church and its impact on victims of sexual violence and the greater community. Within a rape culture, those who experience sexual victimization endure physical, emotional, and spiritual wounding. It is a victimization unlike any other, and one that we must continue to discuss in search of healing.
http://www.waterwomensalliance.org/wp-content/uploads/water-logo-rgb-300dpi-1030x208.png 0 0 waterstaff http://www.waterwomensalliance.org/wp-content/uploads/water-logo-rgb-300dpi-1030x208.png waterstaff2013-05-15 13:16:142014-07-01 16:12:28May 15 Rape Culture, Sexual Violence, and Spiritual Healing by Gina Messina-Dysert

"A Century of Creative Feminist Leadership in Religion" Wednesday, May 22, 2013 1 pm - 2 pm EDT • In 1977, Marie M. Fortune founded FaithTrust Institute to mobilize faith communities to address sexual and domestic violence. • In 1977, Jeanette Stokes founded the Resource Center for Women and Ministry in the South (RCWMS) to support women in and entering ministry and to weave feminism and spirituality into a vision of justice for the world. • In 1983, Mary E. Hunt and Diann L. Neu founded the Women’s Alliance for Theology, Ethics and Ritual (WATER) in response to the need for theological, ethical, and liturgical development for and by women. Together, these modest non-profit organizations have logged more than a century of progressive feminist work for justice.
http://www.waterwomensalliance.org/wp-content/uploads/water-logo-rgb-300dpi-1030x208.png 0 0 waterstaff http://www.waterwomensalliance.org/wp-content/uploads/water-logo-rgb-300dpi-1030x208.png waterstaff2013-05-09 10:22:432016-03-23 16:21:50May 22 Teleconference with Marie M. Fortune, Jeanette Stokes, Mary E. Hunt, and Diann L. Neu 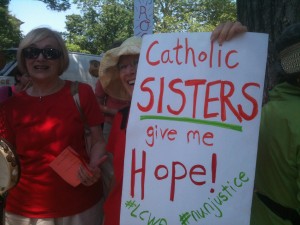 The jury is still out on Pope Francis in a pontificate that may well be shaped by women. A month after Cardinal Jorge Mario Bergoglio was named Bishop of Rome, his Prefect of the Congregation for the Doctrine of the Faith, Most Rev. Gerhard Ludwig Mueller, met with the presidents of the Leadership Conference of Women Religious, an umbrella group of American nuns that had come under doctrinal scrutiny and been found wanting. Archbishop Mueller claimed that he had “recently discussed the Doctrinal Assessment with Pope Francis, who reaffirmed the findings of the Assessment and the program of reform for this Conference of Major Superiors.” On the face of it, this means that Archbishop J. Peter Sartain, Bishop Leonard P. Blair, and Bishop Thomas John Paprocki, who were named to enforce the terms the Congregation’s findings against the LCWR, are given carte blanche to do so. There may be more to this than meets the eye.
http://www.waterwomensalliance.org/wp-content/uploads/water-logo-rgb-300dpi-1030x208.png 0 0 waterstaff http://www.waterwomensalliance.org/wp-content/uploads/water-logo-rgb-300dpi-1030x208.png waterstaff2013-05-07 09:12:122013-05-08 11:46:52April 16 Pope Francis and the American Sisters by Mary E. Hunt