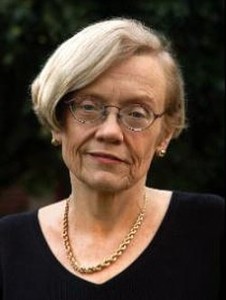 Welcome one and all to WATER’s September 28, 2021 WATERtea with Marian Ronan, a longtime friend of WATER who will introduce us to the ins and outs of Settler Colonialism. WATER programs are aimed at supporting and igniting social change. Whether in theology, ethics, or ritual, WATER’s efforts are geared to bring together solid academic/scholarly data with the activist commitments of our Alliance. In accord with our commitment to anti-racism, we put a priority on learning about and acting to eradicate injustice. Colonialism in its many forms is just one such issue.

Marian Ronan is Research Professor of Catholic Studies at New York Theological Seminary in Manhattan and a long-time member of the Grail, a women’s movement in nineteen countries around the world. She was a member of the faculty at the Graduate Theological Union in Berkeley, CA, from 1999 to 2009. She is the author or co-author of hundreds of articles and reviews and of seven books, most recently, in 2017, Women of Vision: Sixteen Founders of the International Grail Movement, (with Mary O’Brien).

Marian and I met at Grailville in 1975, in our youth. We were educated and challenged, nurtured, and cared for by wonderful Grail women like Eleanor Walker and Janet Kalven, many of whom have died leaving us and our colleagues to carry on their spirits to the best of our abilities.

I hope Marian has an autobiography on the fire as a few excerpts from the longer sketch she sent me will make obvious:

“After completing a BA in Religion at Temple University in 1970, Marian got an MS in Education and taught the fourth grade for three years, after which the Lord Jesus appeared to her and said, ‘Marian you are simply terrible at this. Stop it!’ So, she joined the staff at Grailville, the Grail’s farm and national center in Southwest Ohio.”

“During her five years there, Marian edited the Grail Prayer Book, including writing an inclusive language paraphrase of the Psalms, and co-led programs that formed the basis of her first three, co-authored, books:  Image-Breaking, Image Building: A Creative Worship Handbook for Women of Christian Tradition; Sophia: The Future of Feminist Spirituality; and Wisdom’s Feast: Sophia in Study and Celebration.”

There is a longer story here—an MDiv at New York Theological Seminary in NYC, a PhD in Religion at Temple University, a deep commitment to living in racially mixed places and a long and rich career in writing, administration, and teaching. She is active is SEPA WOC, the Philadelphia area Women’s Ordination Conference group.

A final excerpt from her autobiography will give the flavor for her commitment. Her father, a shift worker and president of his local union taught her “the eleventh and greatest commandment, spouted regularly by her father: if you ever cross a picket line, you will go to hell”.

Thanks to Marian Ronan for a challenging presentation from an experienced teacher.

Colonialism: taking control of other people and areas, generally with the aim of economic dominance.

Settler Colonialism: domination of dense populations, primarily for their resources, usually with an added effort to assimilate that culture into that of the settlers.

Structural genocide: a more gradual, nuanced elimination of groups over long periods, full of more discontinuities and contradictions than “genocide,” but equally as devastating, which may not be recognized as clearly as other acts of mass murders and eliminations of people.

What Is the Doctrine of Discovery? (via Unitarian Universalist Association)

How The Supreme Court Has Hurt Renters After Hurricane Ida

To Go with your Tea: Cookies of Joy by Saint Hildegard of Bingen

A Prayer from Rev. Cynthia Tootle

Almighty God, creator of us all!

We ask you to bless us and hear our prayers on this day our country celebrates its independence.

We pray with a sense of proud and of shame for the country that has such lofty ideals of unalienable rights of life, liberty, and pursuit of happiness and such history of inequality, persecution, and violence.

Our founding fathers came to a land of beauty and sophisticated peoples and proceeded to kill them and drive them from their lands. They treated with them and broke those treaties–to this day. They sought freedom of religion for themselves as they crushed the spiritual beliefs of those peoples and disrespected their scared lands–to this day.

Women and children had no rights nor protection from the “head of the Household”. Decades of struggle were needed for women to obtain the right to vote and the struggle continues for full equality of women in our country, for safety of women and children in a culture of misogyny and violence.

Almighty God, another most grievous fault of this country has been its foundation on the enslavement of people. It took us over 100 years and a civil war to legally set enslaved people free and we continue in all aspects of our government and culture to begin to see freedom and true equality for the descendants of those enslaved peoples.

Our country has and continues to allow persecution and harassment of   LGBT people. To this day there are places in this country where a couple can be legally fired because of a legal marriage, where minors are living in the streets because parents won’t have a gay child in their home. All this and more.

Almighty God, we humbly pray that the country we love be helped and supported in radical change, in release of old patterns, of learning to live in freedom and justice for all. Please, guide us and our leaders and politicians to compassion and love. Guide us that as that Good Samaritan, we might be Good Americans.