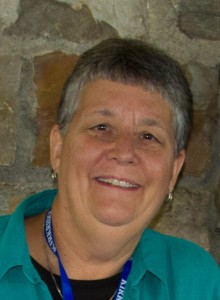 Women writers face danger every time we put something in print. I have added “protection in print” to our to-do list of justice work. I suspect that this perceived but unspoken danger is what keeps many women from writing at all, what causes others to have writer’s block, and still more women to self-censor. These are not excuses but reality-based matters that women scholars and activists need to consider if we are to work effectively. These are bigger topics that I can handle in this blog, but I want to lay the foundation for discussing them.

Amy Wallace in a recent New York Times op-ed “Life as a Female Journalist: Hot or Not?” stakes out the territory. Women and men both write for publication. In a free and open society reactions to our writing are varied with sexism reigning supreme. Her description of responses to a controversial cover story she wrote for Wired is a chilling read. Threats to women’s physical well being are common. Rude, demeaning remarks about women’s bodies are a dime a dozen. Photo shopped pictures of women in various stages of undress are considered fine when one is “responding” to something a woman has written.

The National Catholic Reporter has currently suspended comments to its articles saying, “Unfortunately, we have reached a point where the good that an open discussion can do is being outpaced by the damage it can cause when commenters do not respect civil discourse.” It was all rather mysterious for those who do not follow such things closely.

A subsequent clarification by the Editor, Dennis Coday, revealed some of the same dynamic that Ms. Wallace cited: “We are not reacting to ‘irreverent comments.’ The words I used to describe the comments were ‘malicious,’ ‘abusive’ and ‘vile.’ An NCR contributor called me and asked me to read some of the comments over the phone to him, and I declined. That’s how vile they were. To get an idea of what we are struggling with, read Amanda Hess’ piece at Pacific+Standard, “Why Women Aren’t Welcome on the Internet,” and Conor Friedersdorf’s reaction to Hess on The Atlantic site, “When Misogynist Trolls Make Journalism Miserable for Women.” They may give you some idea of what we are struggling with.”

Interestingly, Dennis Coday cited the same two pieces that Ms. Wallace referred to. The first one includes the horrific story of a serial cyber stalker harassing a journalist. She describes how she tried to cope legally with a protection order and so forth. But in the end she admits, “The stacks of paper are filed neatly in my apartment. My anxieties are harder to organize.”

The second article is a man’s account of having read the digital hate mail that both a woman writer and a gay male writer received. He was shocked and unprepared for the invective. He concludes, “Around this time, I began to ask female friends if they experienced this same phenomenon. And not only were they close to unanimous in avowing that they did—many also cited a weariness at gendered online abuse to explain why they either shuttered their personal blogs and stopped writing for the public, or shifted their journalistic efforts to a traditional format rather than the more personalized blog format. This is the very time that people like Matt Yglesias and Ezra Klein were building the personal blogs from which they would become successful national pundits. One wonders how many equally talented women we missed out on reading due to misogynists hurling vile invective at rising female journalists.” I intuit that it is the same in religion. I imagine that reactions many women receive for their work is so different in tone and kind than what men receive that many simply give up early in graduate studies or early in the career path because of unspoken about abuse.

Many women and gay male writers simply get used to this sort of treatment. We figure it comes with the territory, that we need to be thick skinned if we want to be part of public discourse. But I realize that is wrong. We do not need to put up with abusive, hateful, misogynist reactions to substantive work we offer in the public forum. Rather, we must expect of ourselves, our editors, and our colleagues that discussion be carried out in a professional, polite, and respectful way. Nothing else is acceptable.

Note the respect accorded in this blog and on its cousin Feminism and Religion. Granted, there is not as much traffic or as much diversity of opinion here as on many larger media sites. But safe conversation is a human right. Agreement is not expected, but basic human decency is. To think that the lack of it, all dressed up in misogynist, heterosexist language, keeps the world from hearing from many women and gay men is simply more than I will endure one day longer. I think we need a conversation about why more women do not write more. But we have to construct and support these kinds of safe spaces in which to have it first. No wonder feminist progress is slow to change the world. My response is to write every day. Yours?

“Love Your Friends” and “Friends Act Friendly”
Scroll to top