In Memory of Her: Sally Miller Gearhart

An Appreciation by Mary E. Hunt 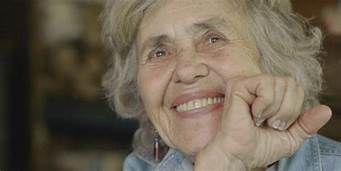 Sally Miller Gearhart, an icon of American feminism and LGBTQIA+ activism, passed away on July 14, 2021 at age 90 in Ukiah, California after a long illness. She was a force of nature—professor, political activist, writer of science fiction—and a beloved friend and supporter of countless people and causes.

I can attest to the fact that she changed the lives of my generation of young women in religious studies in Berkeley. She instilled pride in us before there was Pride and made the hard struggles for equality meaningful and fun beyond measure.

In the 1970s and 80s, at a time when women were marginalized and what it meant to be ‘gay’ was normatively male, Sally was as front and center as possible in a patriarchal culture. She empowered other women to engage in activism, nurturing both the intellectual foundations and the community dimensions of our lives.

Sally was a professor of communication at San Francisco State, as able with a bullhorn as at a podium. She brought her skills to the work of social change through political work in San Francisco and feminist activism on many fronts.

She came from a conservative religious background and realized before most people that such religious teachings were the backbone of misogyny and heterosexism. She wrote the first (to my knowledge) essay in English about lesbians and religion, “A Lesbian Looks at God the Father,” which helped early cohorts of women in religious studies weave sexual orientation and gender identity into our feminist analysis and self-understanding.

Sally and friends who developed a women’s community on the land in Willits, CA experimented with their own lives and livelihoods. They sought, not always successfully, to live as free of the constraints of patriarchy as possible. They were generous in sharing their efforts with other women, even when things did no go swimmingly. We who were fortunate to work and play there imbibed their wisdom, appreciated their kindness, and are still coming to know the deep, positive, encouraging impact they had on our lives.

Sally’s public contributions remain underreported and underappreciated. Her efforts equaled Harvey Milk’s though she is far from a household name. But her personal stamp on the lives of myriad lesbians is indelible. She showed us, taught us, and learned with us how to embrace our full selves despite the social and ideological obstacles that made women’s and LGBTQIA+ movements necessary. She engendered confidence in women’s communities and sowed the seeds of self-love that have blossomed in countless women-identified persons.

A documentary about her life, Sally, is in progress: https://www.kickstarter.com/projects/137494927/sally-the-sally-gearhart-documentary/

There will be more obituaries to come, but here is one:
https://www.ebar.com/news/latest_news//306938

For more information, check out her entry in the LGBTQ Religious Archives Network: https://lgbtqreligiousarchives.org/profiles/sally-miller-gearhart