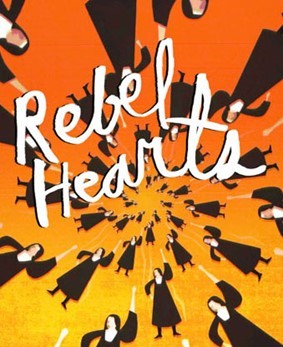 WATER thanks Karol Schulkin, Rosa Manriquez, and Lenore Dowling of the Immaculate Heart Community for offering their insights into the Community’s history, current activities, and future.

These notes are not meant to be verbatim but to give a flavor for the conversation. Note that the discussion continued after the formal close at one hour, but we have preserved it because the content was so rich and inspiriting.

Rosa Manriquez is a member of the Immaculate Heart Community as well as a Roman Catholic Woman Priest.

In addition to the film “Rebel Hearts,” there are several important books.