with Naomi Goldenberg and Kathleen McPhillips

on their book The End of Religion: Feminist Reappraisals of the State 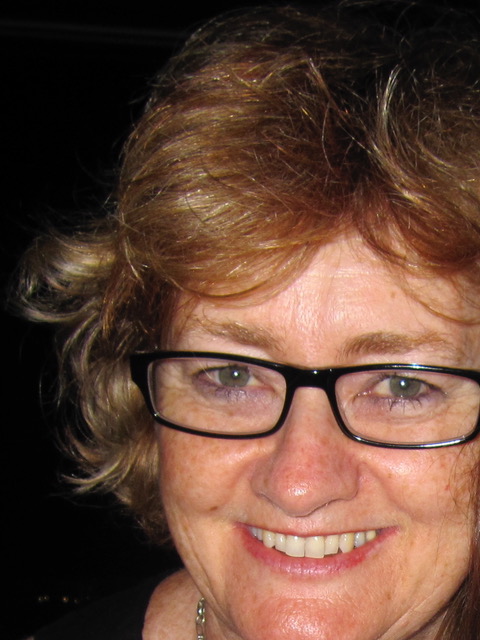 I am Mary Hunt, codirector of the Women’s Alliance for Theology, Ethics, and Ritual. I am in the WATER Office in Silver Spring, MD with our other codirector, Diann Neu, and our staff colleague Anali Martin of Mennonite Voluntary Service.

Our topic today is a challenging one—Kathleen McPhillips and Naomi Goldenberg’s important volume, The End of Religion: Feminist Reappraisals of the State (London, UK: Routledge, November 2020)—available on Amazon, (buy the ebook for $36.99, hardcover for $160, or ebook rental starting at $12 for a month and increasing by $1.50 per extra month).

Naomi Goldenberg has proposed the term and theory of “vestigial state” “for understanding how the category of religion operates in the regulatory jurisdiction of states” (p. 3). Her feminist frame for this is the idea that if the feminist axiom “the personal is political” is to continue to be useful, it must include religion “in order to effectively address erosion of protection and support for women, persistent backsliding on reproductive rights and restrictions on gender expression” (p. 3). In other words, we need to interrogate religion as a category rather than simply accept it as a given and rearrange the deck chairs, as it were.

Authors of the 11 essays in this book extend “the central tenet of Goldenberg’s thesis [which] is that religions are continuous with government and not distinct from it” (p. 3). The authors look at this dynamic in Australian, Canadian, British, Mexican, and US contexts, laying out a new body of work that will, I hope, change the way we think about religion in feminist circles. This will amplify our efforts in Christianity, Judaism, Islam, and other traditions to see more clearly the pernicious ways that the assumption of religion’s being apart from the state subjects women to two interlocking and mutually supportive regimes of male authority, deceptively separated by the labels ‘secular’ and ‘religious.’

Like all of WATER’s efforts, this WATERtalk is not simply an academic seminar. It is a way to learn in order to bring what we learn to the creation of a more just and equitable world. By studying this new and challenging approach, we can bolster our efforts in feminist work in, dare I say, “religion,” to deconstruct structures more adequately.

Let me introduce our speakers, wonderful friends and colleagues:

Dr. Naomi Goldenberg is Professor of Religious Studies at the University of Ottawa in Ottawa, Canada. She co-edited Religion as a Category of Governance and Sovereignty (Brill, 2015) and is the author of three books: Resurrecting the Body: Feminism, Religion and Psychoanalysis (Crossroads, 1993); The End of God (University of Ottawa, 1982); and Changing of the Gods: Feminism and the End of Traditional Religion (Beacon Press, 1979).

Naomi has served on the Editorial Board of the Journal of Feminist Studies in Religion since its founding in 1985 and gotten me through a number of those board meetings with her brilliant sense of humor. She is active in the American Academy of Religion and the North American Association for Studies in Religion. I always consider our dinner at the AAR a highlight of that meeting.

Naomi’s graduate students are deeply appreciative of her teaching. It is fair to say that she has mentored several generations by now, including some of the leading lights in the field. Thanks for being here today, Naomi.

Dr. Kathleen McPhillips is a senior lecturer in the school of Humanities and Social Sciences at the University of Newcastle. I think we first met at a conference in Boston now some year ago, Kath, though I knew your late mother’s name through Catholic women’s circles in Australia. She was a contemporary and colleague of a WATER stalwart, the late Patricia Horsley. What a generation they were, and how lucky we were to have them.

Kath’s main areas of research are gender and religion. She is a sociologist of religion and gender and employs feminist, psychoanalytic, and sociological frameworks to issues around gender and religion particularly around institutional child sexual abuse in religious organizations. Kathleen has extensive experience in analyzing the Catholic Church at the Royal Commission into Institutional Child Sexual Abuse and has held numerous research grants. Her most recent publications are in Child Abuse and Neglect, Feminist Theology, Journal of Australian Studies, Psychoanalytic Dialogues and Journal for the Academic Study of Religion

We are indebted to you and your colleagues, Kath, for leading the way on the clergy criminal sexual abuse front.

Here is how we at WATER blurbed the book for our What We’re Reading page: “All of the feminist deconstructions of religions are for naught if the fundamental meaning of religion is not interrogated. This volume offers new insights into the whole enterprise, inviting foundational changes to the field if scholars are courageous enough to be sufficiently critical.”

Welcome my friends, and we look forward to hearing your presentation and engaging in conversation about The End of Religion.

2.Where do indigenous traditions fit into this?

States define certain things as religion and thus can manipulate the definition and meaning of religion in order to enforce male dominance, but what does it mean to say that religion itself is a vestigial state?

3. How does growing disinterest in religion—the “nones” (as in none of the above), or my favorites, the “never agains”—have an impact on your theory? Are they leaving religion for something else, or have they been thoroughly persuaded of your view so they so long want to affiliate with any religion? How to explain and what are the implications?

4. Distinction between work done in feminist theology and feminism in religion: given permission to take a grander, more political critique, and allowed to be disloyal to religion while remaining within the liberation of theology

Continued Q&A after the session ended officially
5. The problem with academic publication and the expense of this book (more than $100 to buy)

6. Interfaith/ecumenical situation in Australia – male-dominated and patriarchal, but also possibilities for other perspectives: involved in ecological work and supporting LGBTQ groups locally – the pluses as well as the minuses

7. What concrete next steps would you propose, especially to people who have relations with religion like ministers, nuns, etc., as they seek to implement your theoretical insights into their work and daily lives? For example, people in these positions who get advantages, like ministers in the US get certain housing tax advantages. Is this one more indication that they are really one with the government? How should they posture?

8. How did Roman Catholic Church in Australia react to this exposure of violence?

9. Do vestigial states have the same impact on racism as sexism?

10. Germinal idea of vestigial state and see many examples of it: drawn to Larissa Garrett’s work—a student of Naomi—when she explored femicide in Mexico. She cites Nancy Pineda-Madrid’s work Suffering and Salvation in Cuidada Juaraez (May 2011 WATERtalk). This is a useful exposition of how the concept under consideration applies in a Catholic context.

11. Kath, when you applied Naomi’s insight in the Australian context it seems to fit well both with the colonial narrative and the capitalist ends. Have you thought about what it would mean in an African context, or a Latin American one? Are there ways in which this analysis is most relevant in developed countries where there is great advantage to pretending that religion is a ‘thing’ over against growing secularization, and perhaps less useful with indigenous populations, for example?

12. Hope reviewers can see this feminist methodological dimension as saliant and exemplary

There is lots here to process and consider. Thank you for joining, and deep thanks to Naomi and Kathleen for sharing this foundational work with us.

May 2021 WATERritual: Remembering our Many Mothers
Scroll to top