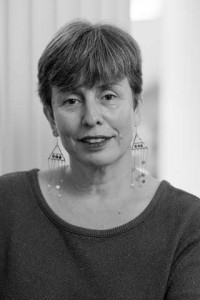 Originally from Germany, Professor Teresa Berger came to Yale in 2007, after having taught theology at Duke Divinity School for many years. Professor Berger holds doctorates both in liturgical studies and in constructive theology. Her scholarly interests lie at the intersections of both disciplines with gender theory, specifically gender history. Professor Berger has been a visiting professor at the Universities of Mainz, Münster, Berlin, and Uppsala. In 2003, she received the distinguished Herbert Haag Prize for Freedom in the Church.

Her most recent research project, titled Gender Differences and the Making of Liturgical History, was published in the Ashgate series “Liturgy, Worship and Society” in 2011. Previous publications include Dissident Daughters: Feminist Liturgies in Global Context (2001); Fragments of Real Presence: Liturgical Traditions in the Hands of Women (2005); and a video documentary Worship in Women’s Hands (2007). An active Roman Catholic, Teresa has produced (with MysticWaters Media) a CD-ROM, “Ocean Psalms: Meditations, Stories, Prayers, Songs and Blessings from the Sea” (2008); and she contributes to the liturgy blog Pray Tell.

Join us on Wednesday, July 18th, 2012, at 1pm (EDT) to talk with Teresa Berger about her research on gender and liturgy.

Nuns on the Bus
Scroll to top