In Memory of Her: Ann Ida Gannon, BVM 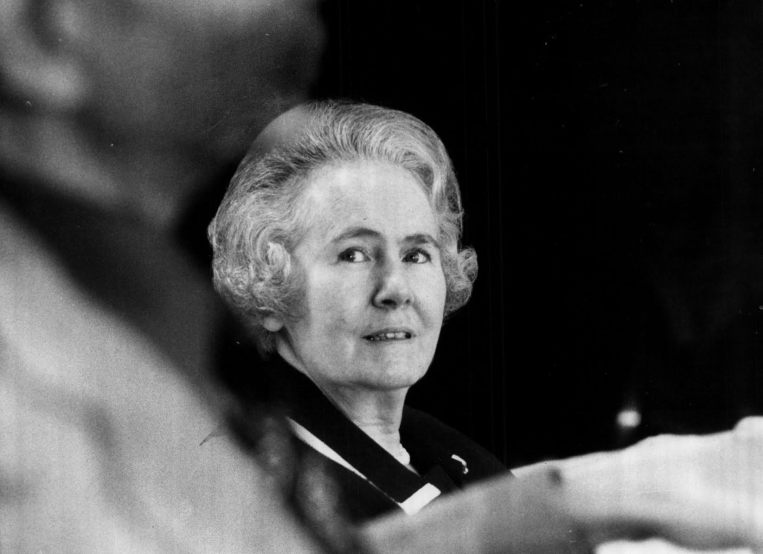 WATER joins the many friends and colleagues of the Sisters of Charity of the Blessed Virgin Mary as they rejoice in the long and amazing life of Ann Ida Gannon, BVM, who died on June 3, 2018 at the age of 103.

Ann Ida taught philosophy at Mundelein College. She was the president of Mundelein from 1957 to 1975. Her trust in women’s intellectual capacity led to educational innovations and solid academic offerings.

She had a deep affinity with the Jewish community. Her lecture for the Temple Shalom Sisterhood on Interfaith Day in 1966, “Feminism and Faith,” must have been quite the novelty.

She co-chaired ERA Illinois from 1976 to 1977, and was disappointed when that effort was thwarted in July of 1982. But the ERA passed in Illinois on May 30, 2018, shortly before her death, with one more state needed for ratification.

The Ann Ida Gannon BVM Center for Women and Leadership at Loyola University Chicago, founded in 1993 by Carolyn Farrell, BVM, stands as Ann Ida’s fitting and vital legacy. With a professorship named for Carolyn Farrell, an archive containing the papers of some of the most renowned leaders and groups in social change (many of whom are Catholics), and a cadre of well-prepared Gannon Scholars, Ann Ida’s spirit lives firmly in abundance.

May she rest in peace!