Feminist Wisdom for Peace and Healing 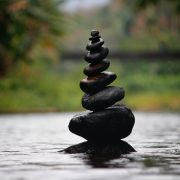 In ancient philosophy or mythological systems, creation and wisdom were closely bound together, and the Serpent was a potent symbol of both.

– Mary Condren, The Serpent and the Goddess

The world in which we live needs peace and healing. Stories of violence, abuse, and war challenge us to stay in the struggles for justice. Hearing women tell their stories in the #MeToo movement, reading stories of clergy sexual abuse worldwide, listening to the news of wars, and living in the midst of political dangers challenges participants to tap feminist religious wisdom for peace and healing.

This liturgy invites the gathered to retell stories of women’s wisdom that have been represented in many mythologies through serpent imagery. Woman and serpent together were considered holy since both seemed to embody the power of life. The serpent offers some clues for peace and healing.

Place on an altar a pitcher of water, a large bowl, and a cup. Bake or buy a loaf of bread that is shaped like an S or spiral to represent a serpent. Put around the room pictures and symbols of snakes and stones.

The serpent is one of the oldest symbols of female power. It embodies renewal and resurrection, enlightenment and wisdom, because it is believed to experience the mysteries of life through shedding its skin and regenerating.

It originally symbolized the mysterious and ambivalent secrets of the Goddess. In mythology the serpent is always a female divinity. The Earth Goddess Gaia, the mother of all gods, inspired the Pythia or divinatory serpent-priestesses. In India, the “Mother of All that Moves” and Goddess of the Earth sometimes bore the title of Sarparajni, “Serpent Queen.” The serpent was a key symbol of Brigit, holy woman, goddess, and saint of ancient Ireland.

Some in the Middle East regard the female serpent as the embodiment of enlightenment, or wisdom, because she understands the mysteries of life. In Arabic, the words for “snake,” “life,” and “teaching” are all related to the name of Eve—the biblical version of the Goddess in her serpent form, who gave the food of enlightenment to the first person. In the Bible Gen 2 and 3, Eve and serpent were diabolized; however, Gnostic sects of the early Christian era honored Eve and the serpent for providing the essential knowledge that made human beings human. In the Christian scriptures, Mary, the mother of Jesus, is shown often with a serpent.

Serpents were considered immortal and were associated with healing because they were believed to renew themselves indefinitely by shedding their skins. Serpents hibernate in the winter and re-emerge in the spring.

Who or what was the serpent? Why do we need to reclaim the serpent of life? What can it teach us about feminist wisdom for peace and healing? Let us listen to the song, “The Serpent.” www.youtube.com/watch?v=yLFeeaJjsN4

Song: “The Serpent” by Carolyn McDade, from Sorrow and Healing, ©1993.

Reading: Mary Condren, from The Serpent and the Goddess, ©1989.

The symbol of the Serpent was the one most widely used to represent or adorn the Goddess of the ancient Near East or to depict, or mediate, the relationship between goddesses and human culture. In Egypt and Mesopotamia, according to the evidence derived from scarabs, scaraboids, and seals, the Serpent was an emblem of life. In Sumerian mythology, the Goddess Ninhursag was the goddess of creation. Known as Nintu, she was “The Lady who gave birth.” One of her common images was that of a Serpent. As a symbol of life, the Serpent had connections with both the sun and the moon and was even said to cause the sun to rise… In Egypt the Serpent was called “life of the

…In ancient philosophy or mythological systems, creation and wisdom were closely bound together, and the Serpent was a potent symbol of both. It is in this capacity that the Serpent appears in the Babylonian and Sumerian mythologies, which contain elements akin to the Genesis story. The Serpent has the power to bestow immortality but also has the power to cheat humankind.

…The overthrow of the serpent represented something fundamental and crucial to the foundation of patriarchal culture. How did it come about that Yahweh was so opposed to the Serpent, and why did the Israelites carry this myth with them in their wanderings? To put it simply and briefly: the form of religion that the serpent represented was a major threat to the new religion of Israel or, indeed, to western civilization. If Israel was to grow as a nation state, with all the entailed political and military trappings, goddess religion would have to be overthrown. Allegiance would have to be to one god, Yahweh, and the central symbolism of the new religion would be based on Promise and History rather than on the Life and Cyclical Regeneration represented by the Serpent.

Listen to women speak about impossible places that need life and cyclical regeneration, wisdom for peace and healing.

“I believe in myself. There is no fear—it is courage and strength. I want to help. I want to build (something) better for myself and for others—for the sake of all the women who face this violence.”
– Wasna, Iraq

“In a world so rife with vulgarity, with brutality and violence, love exists. I’m grateful to know that it exists.”
– Maya Angelou, United States

How can feminist wisdom bring peace and healing to a world torn by violence, abuse, and war? (Pause) Let us share with one another some of our reflections.  (Sharing)

This bread is shaped like a serpent. This water unites us with women around the world. As we eat the Serpent, we reclaim feminist traditions, reversing the deed of patriarchal religion in vilifying the serpent by associating snakes with women in the Fall, and vilifying both. We eat this bread to reclaim life and cyclical regeneration. As we drink from the well, we are nourished by women’s wisdom. We remember.

Raise your hands toward the bread and drink and let us say the blessing together:
Blessed are you, Wisdom Sophia, Wise Serpent, Holy Mystery,
For you give us memory and knowledge.
Nourish us with your gifts that we may remember and know women’s wisdom.
As we eat and drink, let us commit to taping and sharing feminist religious wisdom
for peace and healing.

Woman, remember. You have the memory living deep in your mind, in your blood, in your life-giving darkness. Reach down to it and bring it forth. Remember.

Remember… Remember when every mother established her clan, guided her children, set the standards of behavior for her lovers, and owned the home place to be passed down to her daughters.

Remember when the Mother’s laws forbade every man to do violence to others, most especially to women or children.

Remember when rape was unknown because every sexual encounter between woman and man was by woman’s choice.

Remember when men dared not claim the right to control any aspect of women’s economic, political, sexual, or reproductive activities, but honored all women for bringing forth and nurturing the human race.

Remember when every woman unequivocally owned her own body and her body’s offspring.

Remember that men stood in awe of women’s wise blood, which brought forth all peoples.

Remember that woman alone had the right to approach the Goddess on man’s behalf, and the right to decree wise laws for the benefit of future generations.

Remember the shrines established by the primal ancestresses. Remember the great temples where priestesses dwelt in peace, helping their people.

Remember that the world was at peace because men were forbidden to kill. They were forbidden by women, who understood how precious is the life that each mother takes the trouble to nurture in this world, and how sinful is the waste and sorrow of prematurely destroying life.

Remember what the sacred serpents taught, they who lived in the womb of Goddess Earth and knew her secrets.

Remember that those secrets are your secrets, have always been your secrets, will always be your secrets. Take your power from the teachings of the Serpent. Realize that the claims of men’s gods are mostly empty and that the real foundation of human life is Woman.  Remember your Goddess. Woman, remember.

Let us close the meditation with the Serpent’s voice as women used to imitate it in the ancient rituals: Ssssssssssssssssssss.

~ Meditate on the garment that you are being asked to loosen.

~ Visit a snake at an animal store or a friend’s home and watch it move.

~Walk the winding curves of a labyrinth and focus on your feminist power.

The serpent weaves her wisdom deep within.
The serpent weaves her wisdom through our lives.
The end and the beginning meet in us.
The serpent weaves her wisdom deep within.
Together we will work to change our lives.
Together we will work to bring peace and healing to our world.
We dance a spiral path all through our lives.
We come, we pause, we go,
And we return.
Let us go forth remembering our wisdom.
Let us go forth to work for peace and healing.
The end and the beginning meet in us.
Closing Song: “Sophia, Holy Wisdom,” Words ã 2014 Jann Aldredge-Clanton; Music God Rest You Merry in Inclusive Songs for Resistance & Social Action ã 2018.
Sophia, Holy Wisdom, be born in us, we pray;
We labor for Your coming, Your just and peaceful way;
Our wounded world cries out to You for healing every day:
Sophia, our wisdom and peace, wisdom and peace;
Sophia, our wisdom and peace!
Now violence and oppression bring suffering everywhere;
Come, live in us, Sophia, and stir us all to dare,
To join with You to change the world, to spread Your loving care:
Your Advent, Holy Wisdom, brings Good News unto all;
You give us all new power to take down every wall,
So every gender, every race can feel Your sacred call:
Sophia, Holy Wisdom, we celebrate Your birth;
You bring new hope of freedom and peace throughout the Earth;
Now everyone and all creation claim our sacred worth:

~ Condren, Mary. The Serpent and the Goddess: Women, Religion, and Power in Celtic Ireland, Harper & Row, 1989.

© 2019 WATER, the Women’s Alliance for Theology, Ethics, and Ritual dneu@hers.com