“Problems and Solutions to Injustice to Indigenous People in Canada” 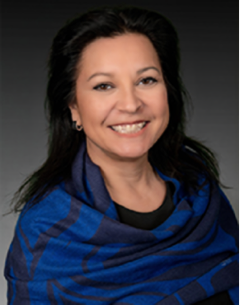 Deep thanks go to Rosemary Ganley who responded to WATER’s inquiry about Canadian women who are working on indigenous issues. Rosemary, it appears, knows everyone who is making change. They feel about Rosemary the way we at WATER do: if Rosemary Ganley makes a suggestion, we take it very seriously. So, we are  fortunate that Rosemary, a regular columnist for the Peterborough Examiner, put us in touch with Ms. Wilson’s office.

She oversaw the release of Canada’s first-ever State of Youth Report; engaged Canadians in a series of round tables and summits on anti-racism; led the co-development of the Missing and Murdered Indigenous Women and Girls National Action Plan; and launched the development of a Canada-wide LGBTQ2 Action Plan. She is also currently the Deputy Minister Champion for Indigenous Federal Employees. She has a long history of senior executive appointments, as well as deep experience in First Nation circles where she was CEO of the Assembly of First Nations.

She is the mother of three children and the grandmother of her beloved Charlotte. It is a deep honor for us at WATER to have the opportunity to discuss the hard issues of indigenous injustice with a person of such thorough preparation, achievement, and most important, commitment.

In advance of the input, we offer a humble word in Ojibway, Miigwech which means ‘thank you’.

WATER friend Rosemary Ganley offered a Canadian welcome to Deputy Minister Gina Wilson in the form of a traditional symbolic gift of tobacco. Rosemary noted the esteem with which Ms. Wilson is held in Canadian circles.

Summary of Remarks by Gina Wilson

Ms. Wilson began her remarks with a land acknowledgement of the place where she lives in Canada. She noted ‘water’ as a central concern for indigenous women and was intrigued with WATER’s name, conveying a sense that perhaps WATER’s commitments are similar.

She shared her own story in a profound way to highlight the current situation related to the 150+ residential schools where unmarked graves of children have been found. Her family was made up of rural people who had limited finances but rich relationships. While she never attended a residential school, other relatives did. The courageous leadership of Aboriginal Canadian Phil Fontaine in reporting abuse touched a chord for her.

Later, she worked for the Canadian government including on the Settlement Agreement in 2002 through which a number of denominations (Anglican, Roman Catholic, United Church, and others) agreed to make financial reparations. Her work included processing claims of people, including children, who were abused. The Prime Minister eventually offered an apology on behalf of the government.

The Canadian Conference of Catholic Bishops is asking Pope Francis to visit Canada to deliver a personal apology from the institutional church. While the Roman Catholic Church was part of the Settlement Agreement, many years later it has paid only a fraction of the $25 million it pledged. The United Church and Anglican Church in Canada have offered money, apologies, and care.

More than 8,000 children’s bodies have been found buried near the residential schools, with estimates as high as 22,000 predicted when the investigations of the genocide finish. The impact on survivors and family members is simply beyond words but needs to be recognized, reconciled, and healed. That would lead to a new beginning in a positive way according to Ms. Wilson.

Ms. Wilson made herself available to WATER colleagues to work together on these issues. WATER thanked her enthusiastically and looks forward to more collaboration. This was a great example of feminist spiritual and moral values put to the service of deep political and social changes. Gratitude abounds.