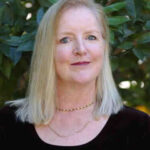 Carol will speak about the book she and Judith Plaskow are writing together, tentatively titled Goddess and God after Feminism: Body, Nature, and Power. Judith and Carol explore their changing views of God in light of their feminist commitments to transform religion.

Carol’s feminism led her to reject a God imaged as a dominating male other. Her commitments to peace and justice led her to reject a God whose power is imaged in the Exodus, the prophets, and much of Christian tradition as the power of a warrior to destroy his enemies. Carol can no longer participate in the Protestant or Roman Catholic liturgies because of their invocation of God as male and their association of his power with war and domination.

She finds spiritual sustenance in the earth-based imaginary of Goddess feminism. In Rebirth of the Goddess and She Who Changes, Carol suggested that the divine power is relational omnipresence, not omnipotence. On the metaphysical level, the power of Goddess/God is the power of love and understanding. For Carol, Goddess/God is the most relational of all relational beings, a power who loves and cares about the fate of the universe and every individual, human and other than human, within it.

Carol P. Christ is a founding mother in the study of women and religion, feminist theology, women’s spirituality, and the Goddess movement. She has been active in peace and justice movements all of her adult life. She teaches online courses in the Women’s Spirituality Program at CIIS. Her books include She Who Changes and Rebirth of the Goddess and the widely used anthologies Womanspirit Rising and Weaving the Visions.  One of her great joys is leadingGoddess Pilgrimages to Crete through Ariadne Institute.

Carol also blogs onwww.feminismandreligion.com on Mondays. See Carol’s blogs which touch on the themes of her presentation for WATER:

What was Your Childhood Religious Tradition and Do You Still Follow by It?

Goddess as Love: From Experience to Theology